The movie will be filming some Texas style party scenes and is looking for Texas billionaire types… the ones who look like they are dripping money. The film’s CD’s are seeking model types to play trophy wives, wealthy looking men and other richer than rich types. Also, the movie is looking to cast extras to play wait staff at the party.

The film will be shooting in April and focuses on the story of a soldier named Billy Lynn who survived a battle in Iraq and returned to find himself in the center of a promotional campaign.  “Billy Lynn’s Long Halftime Walk” is based on a 2012 New York Times bestselling novel written by Ben Fountain. The story is mainly set on one day, the Dallas Cowboys football game during the Thanksgiving holiday. The film follows a US military soldier named Billy Lynn who is part of Bravo Squad, fighting in Iraq. 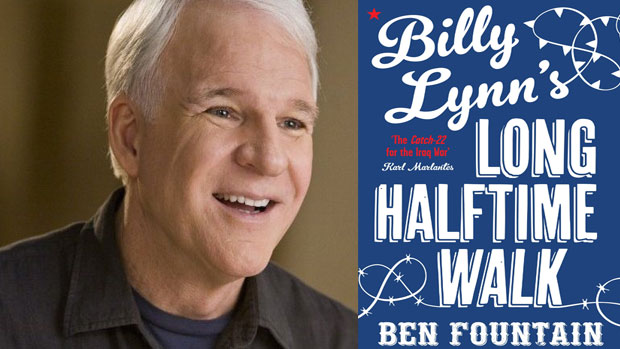 Lynn, a 19-year-old private survives an intense battle, “the Battle of Al-Ansakar Canal“, that happens to be captured by news cameras which catapult him and the other survivors into the limelight. Lynn and the team of soldiers are subsequently brought home by the U.S. government to go on a promotional tour to rally support for the war effort. The tour ends with an appearance at the Thanksgiving Day  halftime show which includes a performance by the Beyoncé led group, Destiny’s Child. However, after the men are paraded around, they face an imminent return to the war. Almost the entire movie takes place during the day of the game, with flashes back to the underlying events and Billy’s heroism.

This movie will be shot in High Frame Rate 3D (HFR 3D). Same as Peter Jackson The Hobbit series with exception we will be shooting 120 frames per second where Hobbit was 48 frames per second. So what does that mean? You will see yourself in 3D with more details then you can ever imagine! It’s insane.

Downtown Atlanta
May 12th, 13th and 14th
Will require a fitting May 4th – 7th
These will be Day Shoots
We will be shooting inside
Rate: 64/8
plus all the love from Rose 🙂

We have a small UPSCALE scene that requires Texas Aristocrats. The type of people that carry themselves in a certain manner. Dripping with money types!! The top tier of Texas. This is a small party thrown by the owner of a pro NFL football team. Seeking model type, Trophy Wives, Filthy Rich men types. Those who have have plastic surgery are encouraged to apply as well. We want this scene to be OVER THE TOP $$$$.
You know the look. Can you sell it? If so we want you..
Subject: TEXAS PARTY!

We are also seeking experienced
Catering Staff Servers
Experienced Bartenders
Have you ever carved a pig? Like the whole pig? Then we want you too
Same Dates and Fitting required
Subject: PARTY STAFF

If you are available to do this then please email CLCEccentric@gmail.com. Include 3 pics (head and body) age, ht, wt and all contact info.

Be sure to check out the other casting call for this movie here as well.