Do you have what it takes to host your own Food Network show?

Would you love to get cast on The Food Network? Here’s your shot because FOOD NETWORK STAR 12 is now casting.

The show just announced it’s open casting call schedule for 2015 / 2016 season. ….. The nationwide search for Food Network Star is on.

Season 12 of the show is right around the corner and casting directors for the show will be going coast to coast hoping to find dynamic, charismatic, talented foodies who think they deserve their own Food Network show and are willing to compete on TV to get it. The show will be coming to various cities in the next month including New York, Chicago, DC, Dallas and Los Angeles. 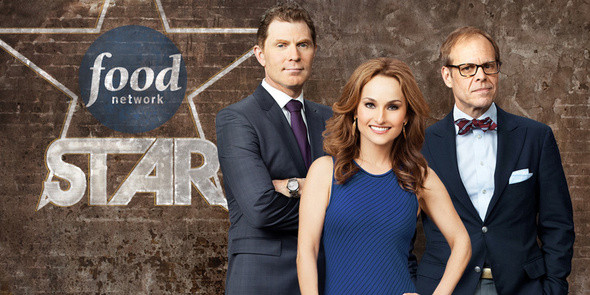 Can you inspire and entertain others with your passion for food and cooking?  The Food Network is searching for cooks who can offer up a creative and unique perspective.

If you have a captivating personality, are at the top of your culinary game and believe you have what it takes to be the Next Food Network Star…. check out the audition schedule below for information on open call dates and locations. Those that can’t make it to the open call, are also able to apply online.

You can see the full schedule of the nationwide search below. 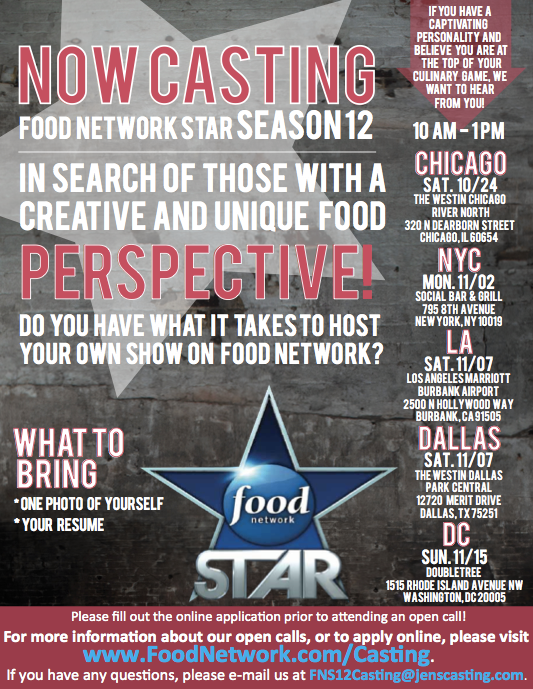