Be in a movie…. Now Casting Paid Extras in New Orleans.

The Jack Reacher sequel is filming in NOLA this fall and has an open casting call going on for a large Halloween Parade (Krewe of Boo) scene they will be filming in the first part of December. The movie is currently casting paid background extras who would love to get dressed up for Halloween to re-enact the Krewe of Boo Halloween Parade.

Central will be holding an open casting call this weekend to fill some featured roles in the Krewe of Boo parade scenes that ewill be filming in early December. The scenes will film on multiple days in NOLA’s French Quarter and will be overnight shoots with talent working 4 PM to 4 AM.

Krewe of Boo is an annual event held in NOLA. In 2007, The Krewe of Boo event became the official Halloween Parade for the city. The Krewe of Boo Parade is well known for its  spooky props, sculptures  and floats created specifically for the annual parade. NOLA locals have a chance to see re-live the Krewe of Boo, dress up, have some Halloween fun in December and get paid to do it. 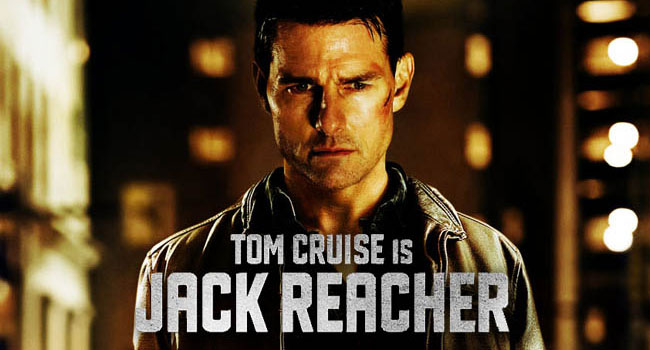 In the  ‘Jack Reacher‘ sequel,  Cruise plays Jack Reacher, an ex military police officer who has turned into a wandering loner. The movies are based on a series of novels written by author Lee Child. The original ‘Jack Reacher‘ film was inspired by Child’s novel 9th novel in the series, One Shot  and the sequel will be based on the 18th book in the series, Never Go Back.  According to IMDB, in ‘Jack Reacher 2: Never Go Back,’   Reacher returns to the headquarters of his old unit, only to find out he’s now accused of a 16-year-old homicide.  “Never Go Back”  is being directed by Edward Zwick and also stars Cobie Smulders and Danika Yarosh. The Paramount Pictures film is set to hit movie theaters next fall on October 21st 2016.

Talent in the NOLA area interested in the roles can apply either by snapping a pic of themselves in their Krewe of Boo costumes and emailing it along with their contact info to Central Casting or by attending the open casting call that will be coming up this weekend. Talent interested may also apply at the Central Casting office is located at 1450 Poydras St. #1420 in New Orleans, Louisiana. 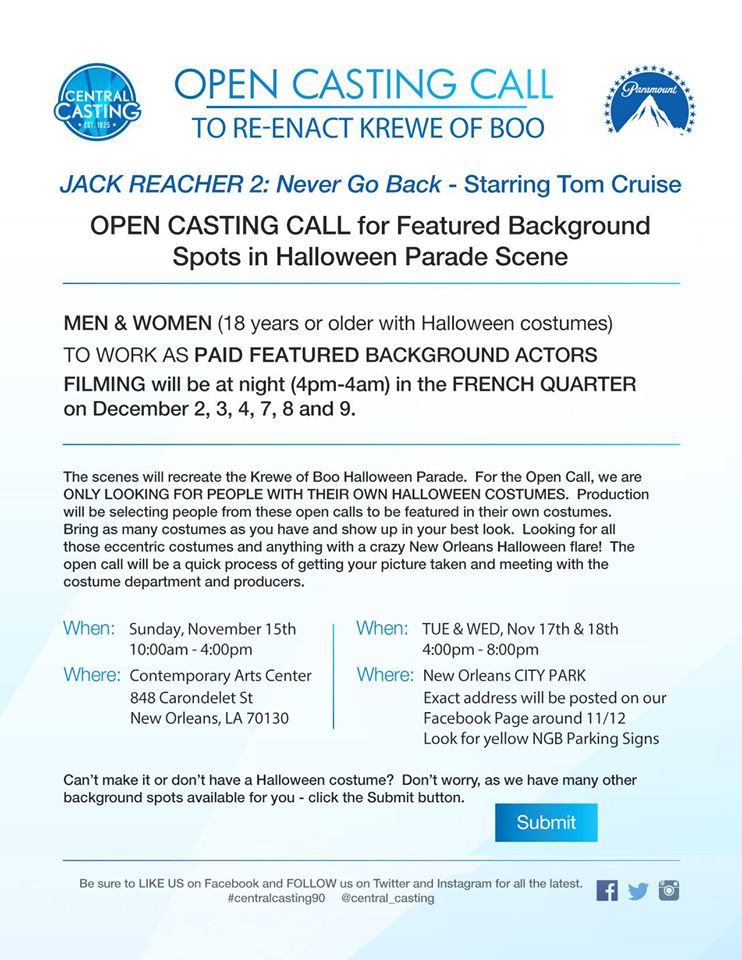 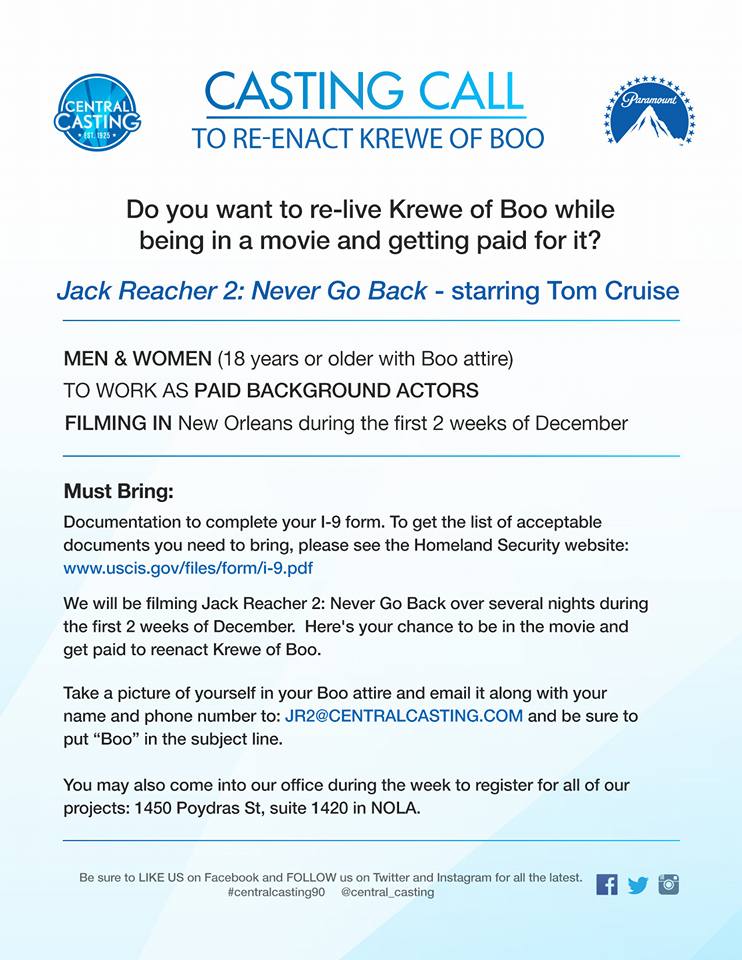 Also, Central has an immediate need for

TOUR GROUP: Currently casting men and women of any ethnicity over the age of 18 to play TOURISTS. Must be able to attend a fitting TODAY 11/10 or tomorrow 11/11. FRESH FACES ONLY.

PEDESTRIAN: Currently casting men and women of any ethnicity over the age of 18 to play pedestrians. No vehicle or fitting is required for this role.

Please submit current picture(s), name, phone number and location to: JR2@centralcasting.com with the name of the preferred role in the subject line.

TOURIST W/ CAR: Currently casting men and women of any ethnicity over the age of 18 to play D.C. Tourists with their vehicles. NO RED, BLACK OR WHITE VEHICLES PLEASE. Include a photo of your car in the submission.

PEDESTRIAN: Currently casting men and women of any ethnicity over the age of 18 to play pedestrians. No vehicle is required for this role.

Please submit current picture(s), name, phone number and location to: JR2@centralcasting.com with the name of the preferred role in the subject line.

For Boo costume examples, see the clip below:

One thought on “Open Casting Call for Featured Roles “Jack Reacher 2: Never Go Back” in NOLA”