The series will be filling an upscale wedding scene and is seeking male and female extras, ages 30 to 65, to play wedding guests. Central is looking for background actors who have upscale, white, attire that they could wear for the shoot.

Transparent  is a comedy/drama about a Los Angeles family that discovers their patriarch would like to be a woman. “Transparent”  is produced by Picrow for Amazon Studios and created by 2 by Jill Soloway. Last fall, Amazon announced that the award winning series has been renewed for another season. 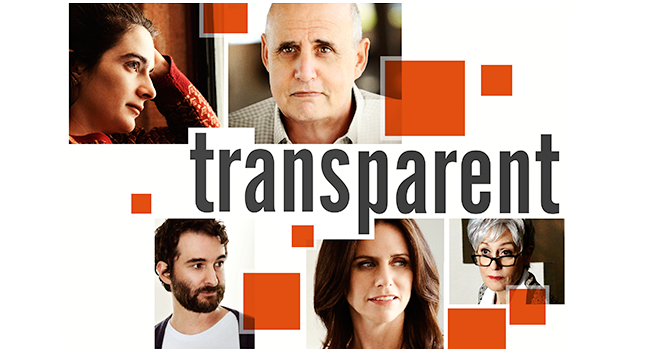 Please read the description below. Arriving in the desired clothing is VERY important in the casting process.

The scenes will take place at an exclusive outdoor, daytime wedding. This is a VERY UPSCALE WEDDING scene. EVERYONE WILL BE DRESSED IN ALL WHITE! PLEASE COME to the casting call in your BEST ALL WHITE WEDDING ATTIRE. Accessorize – HATS, JEWELRY, PURSES & SHOES. Gentlemen in LIGHT WHITE SUITS, LINEN SPORT COATS, HATS, etc… In addition to white, PLEASE BRING a SECOND OUTFIT of a more traditional wedding attire (not all-white). Changing will not be necessary but showing the outfit on a hanger will suffice. This will help the director and costume designer in making their selections.

Please see the casting flyer below for further details: 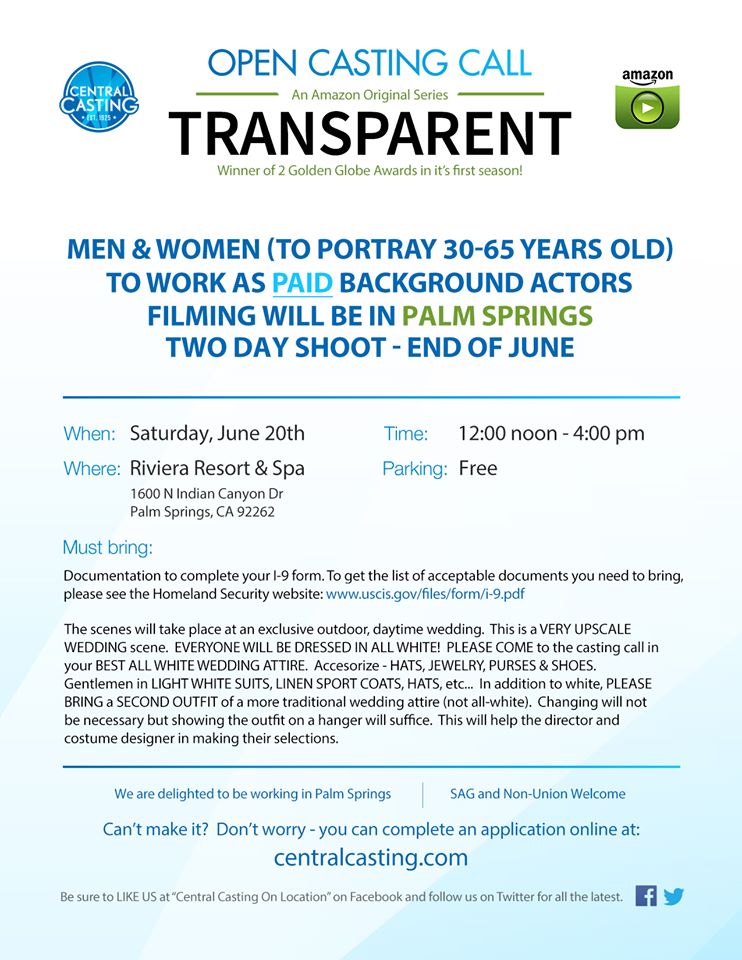 You must have:
Documentation to complete your I-9 form. To get the list of acceptable documents you need to bring, please see the Homeland Security website: www.uscis.gov/files/form/i-9.pdf

If you cannot make it, feel free to submit online at www.centralcasting.com