Apostrophate Me is holding an open audition on October 8 2016.

Apostrophate Me is a modern musical that incorporates rock, hip hop, electronica, and edgy industrial sounds within the story of a young man/boy named Michael who is trying to find himself during a trip to his parent’s homeland of Ireland.

The script and music were written primarily by Colin O’Donohoe (World Maestro) with help from Alan Roy Scott and Robin Shou.

While it was originally written as a musical in recent months there has been interest in optioning this for screen.

There will be no singing at this audition. Strictly acting.

For the purposes of this audition 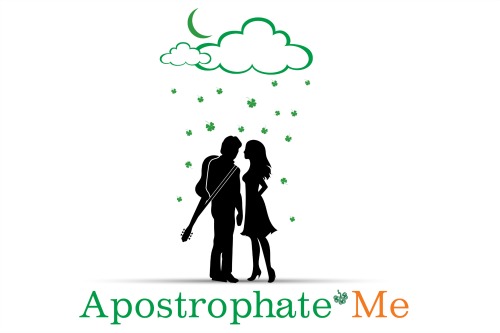 MIKE: The lead. He is 16/17 yr old first generation American who is traveling to Ireland alongside his Grandmother and Aunt who is a nun. He is cool but naive. He plays guitar in a rock band and is never without his guitar. His band has a bit of a following locally in the states which provides him ego. He does come across as shy and quiet. Although he is highly intelligent, he is clueless to real life street smarts of which he has none.
SEAN: (main supporting actor) MIKE’s cousin and best friend throughout the play.

SEAN is older perhaps 20-21. He is the life of every party and Mr. Cool. He takes pride in his reputation and as always being the coolest person where ever he goes. He is also a bit of a rebel and trouble maker.

OWEN: aged 20-21: member of SEAN’s circle. He is best friends with Colin and the two of them are the comic relief of the play.

COLIN: aged 20-21. a mirror to OWEN and a major part of the comic relief in the play.

LEAH (Female lead) aged 19-21. MIKE’s love interest. She is very feminine and always wearing flowing clothes and acting more delicately than the other girls. LEAH is part of the SEAN’s clique and is best friends with
MAGGIE and JENNY. She is very strong willed and determined.

MAGGIE aged 19-21. First to show an interest in MIKE and always trying to find a man. She is single and hating it. She tries to act feminine at times, tries to act cool sometimes, but can never find the right way for herself.

JENNY aged 19-21. SEAN’s girlfriend. She is a vet student and highly intelligent. She is generally the leader of the group of girls and seems to know more about life than either of the other girls. She plays a crucial role in helping SEAN and MIKE later in the play.

Please Email Colin at colin@grapeseedmedia.com to request a script and an audition slot. Auditions being held October 8 2016 in Phoenix, AX, Maricopa County

This casting notice was posted by: Colin O’Donohoe