Casting directors for The American Revolution Museum at Yorktown to hold acting auditions in Richmond for an interactive museum project.

Arvold Casting is searching for actors to fill a variety of roles in the project. If you are an actor local to the Richmond area and would love a chance to portray a historical character, dressed in amazing costumes from that era, Arvold casting is taking actor submissions for the roles listed below.

An exciting new project is being constructed in Virginia, The American Revolution Museum at Yorktown.   The Yorktown Victory Center is being upgraded and changed to become the American Revolution Museum at Yorktown. The museum is scheduled to open in late 2016. Cortina Productions is working with the Yorktown Victory Center to produce an interactive multimedia experience related to story and legacy of the Revolutionary War and here is a chance for local actors to participate in an interactive exhibit that will be seen by thousands of museum visitors. 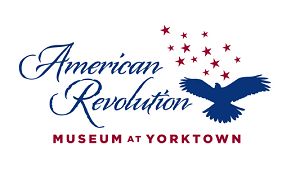 The Yorktown Victory Center will allow visitors to discover the stories behind the people involved in the Revolutionary war, offer stories of Britain and the colonies they created before the revolution and showcase the battles, people and heroes who built the nation we live in today. The museum has been in construction since 1012 and is almost completed.

Cortina Productions is looking for actors to fill roles in  the Museum’s Interactive Multimedia Experience. Auditions for non-union actors will be held shortly around the Charlottesville VA area and the project will be filming in Richmond. The project is casting actors that can pull off a circa 1781 look.

Shoot Location: Richmond, VA
Pay: $250 for one (1) half day (plus 20% if agent)
Usage: Full buyout
Travel/Lodging: Provided if applicable
Audition: Self tape or in-person in Charlottesville VA

Note that the time period is circa 1781 so an appropriate period look is required for all roles.

Actors interested in the above mentioned roles can see the casting director’s page here for more information on how to submit.

The project is accepting submissions from both agencies and individual actors.

Auditions will be by appointment only and only those actors selected will be contacted with further instructions.