Disney auditions for kids and Teens

If you have a talented kid that has been dreaming of trying out for the lead roles in a Disney film, here is a shot.

A Disney movie is holding open auditions for kids and teens in Boston on Monday the 31st of July. Casting directors for the upcoming Disney movie “A Wrinkle in Time” have been on a nationwide search to fill 3 major roles in the upcoming project. Auditions are now coming to the Boston area.

Disney’s casting directors are seeking child and teen actors to play a 5 year old boy, a 14 year old girl and a 16 year old boy. The children’s ethnicities are described as mixed with the 2 described as African American and Caucasian and the other child described as an ethnic minority. Please see descriptions of the roles below.

The open casting call is being held at Boston Casting. Child actors and their parents are asked to bring a headshot and a resume to the open call. If you do not have headshots and a resume, a recent photo and bio will also be accepted. 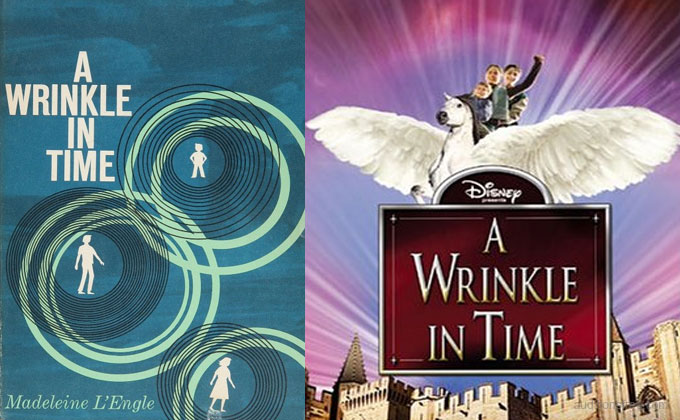 Disney’s science fiction fantasy, “A Wrinkle in Time” is being directed by Ava DuVernay ( “Selma“).  The film is an adaptation of Madeleine L’Engle’s story, “A Wrinkle in Time,” which was originally published in 1963. The book was the first in a series of books about the Murry and O’Keefe families. The story focuses on a young girl whose scientist father goes missing while working on a secret project called a tesseract. In the book, 13 year old Meg Murry’s classmates and teachers see her as a troublesome and stubborn student. Her family knows that she is emotionally immature but also sees her capable of doing great things. The family includes her beautiful scientist mother, her absent scientist father, her athletic 10-year-old twin brothers, Sandy and Dennys; and her five-year-old brother Charles Wallace Murry, a child prodigy genius who can sometimes read Meg’s mind. The book won literary awards including the Newbery Medal, Sequoyah Book Award, and Lewis Carroll Shelf Award. The script for the Disney movie is being penned by Frozen screenwriter Jennifer Lee. 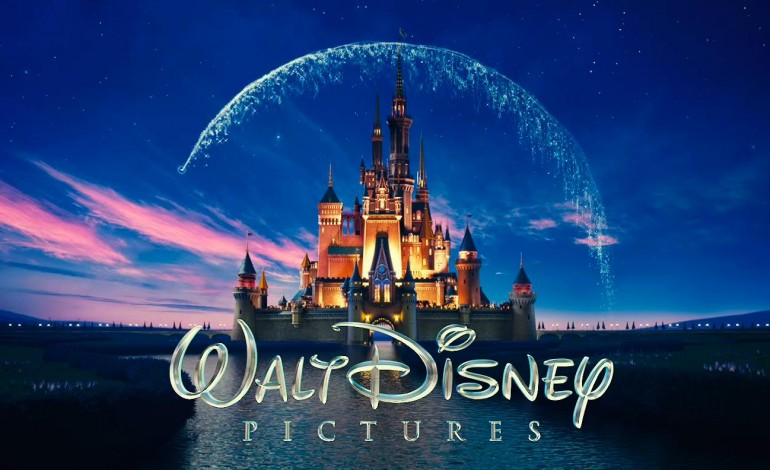 Here are the roles Disney is casting for: 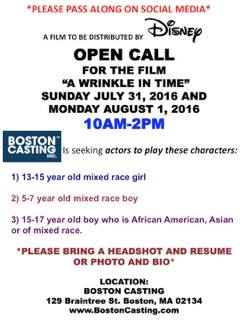 No prior acting experience is necessary.

Those attending are asked to bring a current photo (does not need to be professional) that they can leave with the Disney casting directors.