P.E.W. Productions is an independent production company based in Tampa, FL that provides entertainment in many different visual mediums. Swamp Burger Films is the distribution within the production team led by Ramon Paradoa, AJ Estrada, Luis Ramos, and Zachary Wellman that focuses specifically on the art of filmmaking. Their last short film, titled “Seven Oaks”, was entered into the 2016 Campus Movie Fest competition at the University of South Florida and was ranked in the top 16 out of over 60 entries.

Based on the story and characters created by the Universal Orlando art & design and creative development teams, “Jack” is an independent short horror film that dives into the backstory of the iconic Halloween Horror Nights character, Jack Schmidt, and explains what led a teen who was born and raised inside the confines of a twisted insane asylum, to “run away and join the circus” and become a psychotic, murderous maniac. Oh, and a clown.

[JOHN “JACK” SCHMIDT] [GENDER: MALE] [AGE: 16-25] [RACE: WHITE] [HAIR: ANY, MEDIUM LENGTH]
John “Jack” Schmidt is a troubled teenager with a horrific past and an abusive upbringing that haunts him to this day. Born and raised inside the Shady Brook Rest Home and Sanitorium with his brother Eddie, John had many behavioral issues as a child that prevented the two from ever being adopted by a normal family. After some barbaric psychotherapy, the teen who was once a depressed and introverted schizophrenic becomes a murderous psychopath who has fully embraced his second personality, Jack.

[EDDIE SCHMIDT] [GENDER: MALE] [AGE: 16-25] [RACE: WHITE] [HAIR: DARK BROWN/BLACK, MEDIUM LENGTH]
Eddie Schmidt is a docile and strange teen who is seen by many as a recluse. The only thing that captivates his mind is his bizarre obsession with horror slasher films. Everyday he locks himself inside of his room for hours on end and hosts his own personal horror flick marathon, blocking out all of the depressive and traumatic thoughts stemming from his upbringing in the Shady Brook Rest Home and Sanitorium and abusive relationship with his adoptive father. Unfortunately for Eddie, his world will soon be forever changed after the actions of his psychotic brother.

[DR. AMY WALLACE] [GENDER: FEMALE] [AGE: 25-35] [RACE: ANY] [HAIR: ANY]
Dr. Amy Wallace is a psychologist who is widely known in the mental health field for specializing in treating patients that suffer from severe mental illnesses. She has an admirable passion for her work and has helped many psychotic patients in dire need of treatment avoid reaching their breaking point. She firmly believes that no person who suffers from mental illness can be deemed untreatable, and is willing to do whatever it takes to save her patients from extreme measures of psychotherapy.

[DR. ARTHUR MERCER] [GENDER: MALE] [AGE: 25-45] [RACE: ANY] [HAIR: ANY]
Dr. Arthur Mercer is the warden and head psycho-surgeon at the Shady Brook Rest Home and Sanitorium. By the late 1970’s, the majority of insane asylums across the country had discontinued psychosurgery, patient experimentation, and other forms of unconventional therapy for the mentally ill. But not Shady Brook. Dr. Mercer has an eerie and unsettling demeanor coated on top of his professionalism, and he strongly believes that the asylum’s barbaric forms of treatment are still the industry’s finest standard. He is NOT prepared to let anyone deviate him from performing his outdated and horrifying practices.

[MRS. GRAY-THE NEXT DOOR NEIGHBOR] [GENDER: FEMALE] [AGE: 25-45] [RACE: WHITE OR HISPANIC] [HAIR: ANY]
Mrs. Gray has the unbelievable pleasure of being next door neighbors with the wonderful Schmidt family! Her son Roddy has not yet returned home for dinner as he was instructed to, and last she heard was that he went next door to hang with his neighborhood pal John Schmidt. This polite, well mannered house mom is now in a state of worry and panic as she frantically searches for her son. 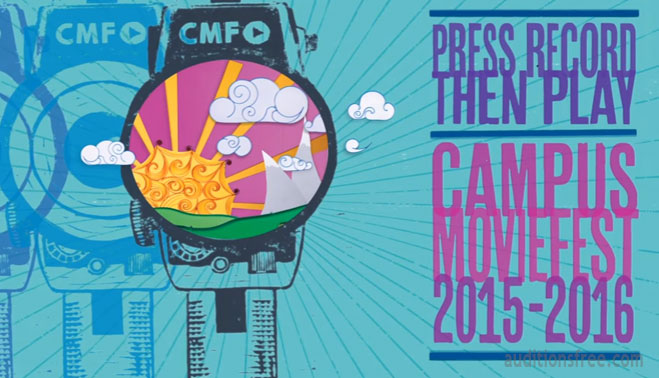 IF INTERESTED IN AUDITIONING FOR ANY OF THESE ROLES, PLEASE SEND YOUR RESUME AND/OR HEADSHOTS TO PEWENTERTAINMENT@GMAIL.COM

City or Location of call: Tampa, FL
Please submit to: pewentertainment@gmail.com by 2016-06-25

This casting notice was posted by: P.E.W. Productions