A movie is coming to Portland Oregon and casting directors are holding an open call tonight and tomorrow morning.

Marinella Hume Casting is seeking Portland locals who would love to land a small role in the movie and work as paid extras. The movie is casting men, women and kids of all ethnicities as well as actual police and firefighters.

The movie filming in Portland Oregon is titled “Bad Samaritan” and stars British actor David Tennant who may be best known for his lead role in BBC’s “Dr Who” TV series.

The movie is described as a thriller and will be directed by Dean Devlin (“Independence Day” and “Stargate”) from a script written by Brandon Boyce. Devlin’s Electric Entertainment (‘The Librarians“) is producing the film with Dean Devlin, Marc Roskin and Rachel Olschan serving as producers on the project.

According to THR, “Bad Samaritin” centers on two young car valets who use their business as a front to burglarize the homes of their unsuspecting patrons. Life is good for these petty thieves until they target the wrong house, changing their lives forever. The movie already began production in the Portland, Oregon area. 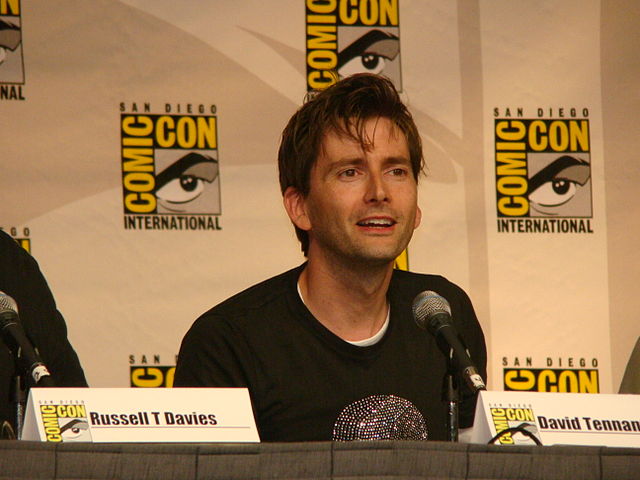 If you live in Portland and want a chance at a role you can come by Act Now Studio.  Appointments are not necessary.

Seeking women, men and children of all ages and ethnicities. Especially looking for real police officers, K9 officers, SWAT members, firefighters with their own bunkers and detectives.

According to a local news site, people attending the casting call must be 18 or older. Children should be signed up online at www.marinellahumecasting.com. 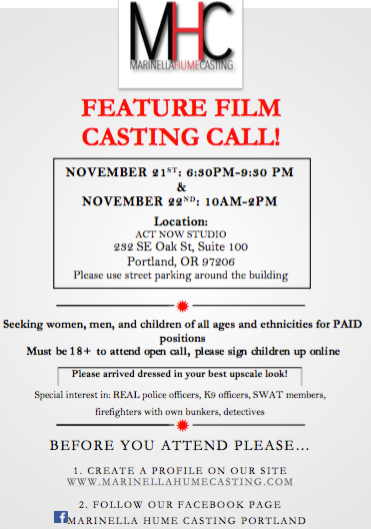