The “Entourage” TV series is now being turned into a movie and the film is currently in production. The project is holding an open casting call for extras for a yacht scene to be shot in January 2014 and the open call will be held on the 7th.

The event will be held at the E11Even Miami night club and bar (new clubs PR boost) so anyone attending will need to be 21 and over with ID.

The scene they are casting for is looking for  gorgeous ladies and handsome men to film a party on a boat.

The TV series ended in 2011 and since that time we have kept hearing rumors about an Entourage film, seems it finally came to be because the film is now in production and casting extras. Seems it took this long due to contract negotiations with the original cast. Much of the original cast is rumored to be a part of this project and filming is finally beginning.

To attend the open call, they request that you register first: 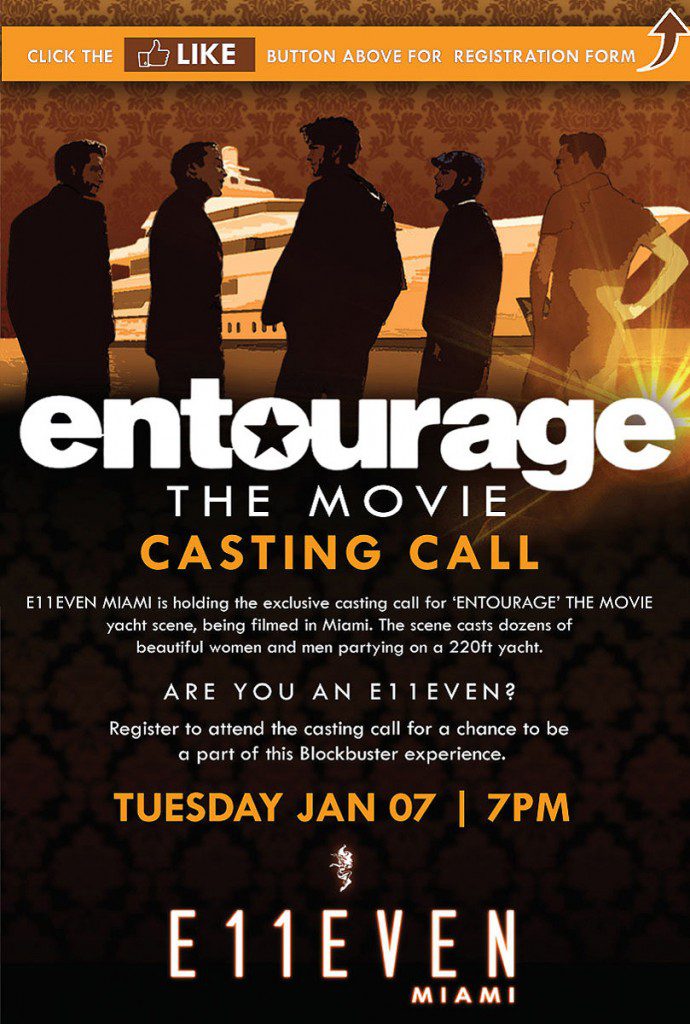 The scene casts for dozens of beautiful women and men partying on a 220 foot yacht, to be filmed in Miami.

The venue is located at: