Guys and Dolls in Concert

4TH WALL ANNOUNCES AUDITIONS
FOR Guys and Dolls in Concert

4th Wall Theatre, a non-union theatre company in Bloomfield, NJ, will hold open auditions for all roles for its 20th Anniversary season-opening production of GUYS & DOLLS In Concert with music and lyrics by Frank Loesser and a book by Abe Burrows and Jo Swerling. 4th Wall’s production will be directed by Kate Swan with music direction by Markus Grae-Hauck. The show will be presented at Westminster Arts Center on the campus of Bloomfield College, where the company is in residence. Rehearsals will begin in August, and three performances are scheduled for September 30, October 1, and October 2.

Set in Damon Runyon’s mythical New York City, Guys And Dolls is a classic, TONY Award winning musical comedy. Gambler Nathan Detroit tries to find the cash to set up the biggest craps game in town while the authorities breathe down his neck; meanwhile, his girlfriend, nightclub performer Adelaide, laments that they’ve been engaged for 14 years. Nathan turns to fellow gambler Sky Masterson for the dough, but Sky ends up chasing the straight-laced missionary Sarah Brown. Guys And Dolls takes us from the heart of Times Square to the cafes of Havana, Cuba, and even into the sewers of New York City, but eventually everyone ends up right where they belong. 4th Wall’s “Off The Wall” Concert production will not be fully produced with sets and costumes, and the performers will carry scripts. The characters will be fully drawn, and the music and comedy will be the focus of the production. There will be some staging and some choreography involved.

Auditions are scheduled for Wednesday and Thursday, August 3 and 4, from 7:00-10:00 pm; auditioners only need to attend one of those days. Sign-up begins at 1/2 hour prior to the audition start time, and anyone auditioning must arrive no later than 8:00 pm each night. Auditions will be held at Westminster Arts Center, located at 449 Franklin Street in Bloomfield, New Jersey, easily accessible by train or bus from Manhattan. Callbacks will be Saturday, August 6, also at the theatre, beginning at 2:00 pm.

4th Wall is seeking an ethnically diverse adult cast (17 and over) of 15-20 terrific actor-singers, including a dancing corps of 4-6 men and women; see character breakdown for details. Prepare two contrasting 32-bar selections from classic musical theatre songs that show off your voice and acting ability; singing from the show is perfectly acceptable. Bring sheet music in your key. An accompanist will be provided. Also bring a headshot and resume stapled together, and be prepared to provide all potential conflicts for weekday evening and weekend daytime rehearsals beginning August 1st. Non-union; no pay. Visit www.4thwalltheatre.org/auditions.htm for more information. 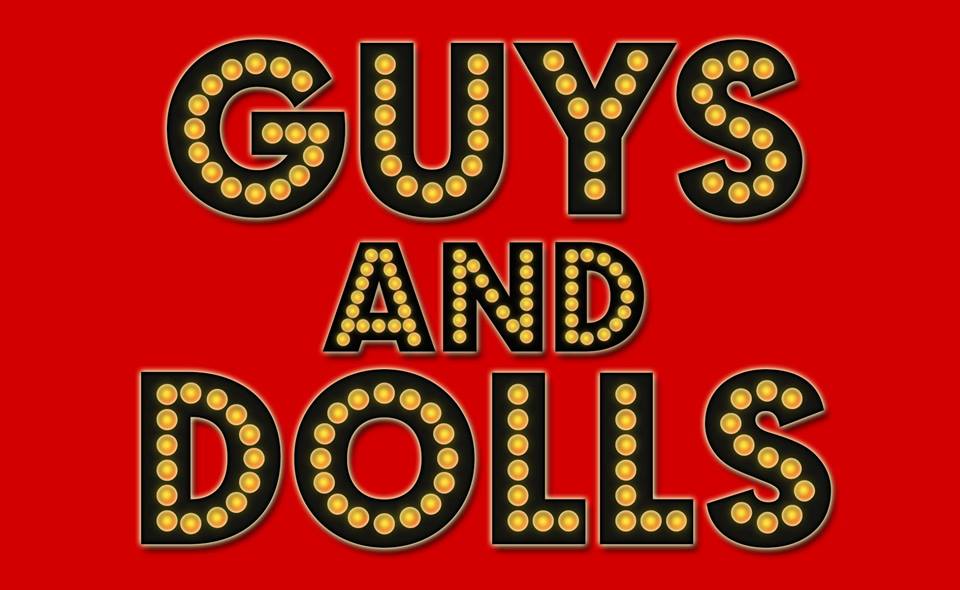 NOTE: Because this is a Concert version, the creative team has a very open mind about ethnicity, age, and gender for the many supporting roles. For example, female gamblers and male Hot Box Girls are likely options. Don’t type yourself out!

Sky Masterson (Baritone Bb2-F4)
Suave, smart, a high-stakes gambler whose luck never seems to run out; he surprises himself when he falls in love the unlikeliest of women, Sarah.

Sarah Brown (Soprano B3-G5)
A principled, bright-eyed woman who serves as Sergeant of the local Mission, she wishes to convert the neighborhood’s gambling sinners into saints and unexpectedly falls exuberantly in love with Sky along the way.

Miss Adelaide Adams (Alto A3-F5)
Nathan’s fiancé and a lead performer at the Hot Box nightclub. She loves Nathan more than anything in the world and desperately wants to get married.

Nicely-Nicely Johnson (Tenor range Db3-Bb4)
The nicest and cheeriest of the gamblers. High-spirited and a bit naïve, sincere and genuine. Nathan’s loyal friend.

Harry The Horse (Baritone range F2-G4)
A crook and gambler. A “tough guy” with dollar signs as the bottom line. Brings Big Jule into Nathan’s craps game and backs his cheating, but is also a man of his word in the gambling community.

Arvide Abernathy (Baritone range D3-F4)
Sarah’s loving grandparent. Wise and sweet, wants nothing but the best for her.

Ensemble: The ensemble will play multiple roles such as the characters of Runyonland, crapshooters (including Big Jule, Rusty Charlie, Angie the Ox, Liver Lips Louie, Society Max, Brandy Bottle Bates, The Greek), Salvation Army personnel (including General Cartwright, Agatha, Calvin, Martha), Hot Box Girls, Havana barflies, Lieutenant Brannigan, and others. We are looking for strong performers who can create individual, well-drawn characters. The ensemble will be integral and busy!

This casting notice was posted by: 4th Wall Theatre, Inc.