Open call auditions announced for “On Your Feet,” a musical inspired by 80s icon Gloria Estefan.

The production will be holding open auditions for singers in Miami on Thursday, the 23rd. The musical is looking for strong singers to be cast in the show’s lead roles of Gloria Estefan and her husband Emilio. The show is also seeking children to fill the roles of Gloria and Emilio as children.

“On Your Feet” is a Broadway and touring musical show which features some of Gloria Estefan’s greatest hits. Music in the production includes “Rhythm is Gonna Get You,” “Conga,” “Get On Your Feet,” “Don’t Want To Lose You Now,” “1-2-3” and “Coming Out of the Dark.”  “On Your Feet” is directed by  Tony Award winner Jerry Mitchell (Kinky Boots), with choreography by Olivier Award winner Sergio Trujillo (Jersey Boys). This is an open call and appointments are not necessary. Please see the casting flier below for further details as well as links to the audition materials.

ON YOUR FEET! is the inspiring true story of Gloria and Emilio Estefan, two people who believed in the power of their music, their love, and the American Dream.

HER VOICE. HIS VISION. THEIR STORY…. ON YOUR FEET! is the inspiring true story about heart, heritage and two people who believed in their talent—and each other—to become an international sensation: Gloria and Emilio Estefan.

Now their story has arrived on Broadway in an exhilarating original production that’s already won the hearts of critics and audiences alike, with the Chicago Tribune declaring “IT’S A HIT!” and The New York Times cheering, “The very air in the room seems to vibrate in this undeniably crowd-pleasing musical!” “If you aren’t humming a Gloria Estefan hit when you leave the theater, it might be time to check your pulse!” raves the Associated Press. 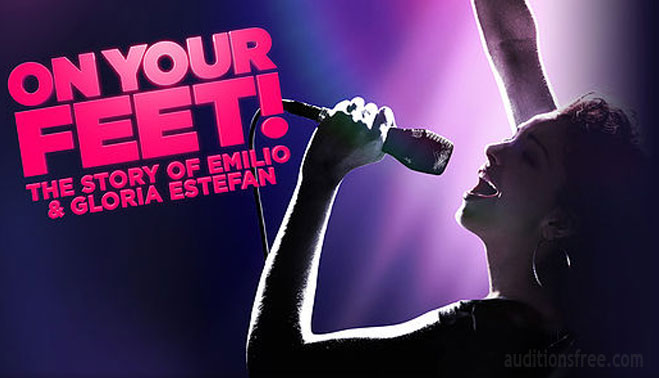 Auditions for the following roles:

[YOUNG GLORIA] Female, to play 10-12, to play Cuban. Innocent, but smart and self reliant. Slightly sad, but always full of hope. Must speak fluent Spanish and sing well. PRINCIPAL

[YOUNG EMILIO/NAYIB] Male, to play 12. Emilio as a boy and Nayib Gloria’s son. Straight forward. Determined. Strong. MUST BE A STRONG DANCER. Must speak fluent Spanish and does not need to sing. PRINCIPAL 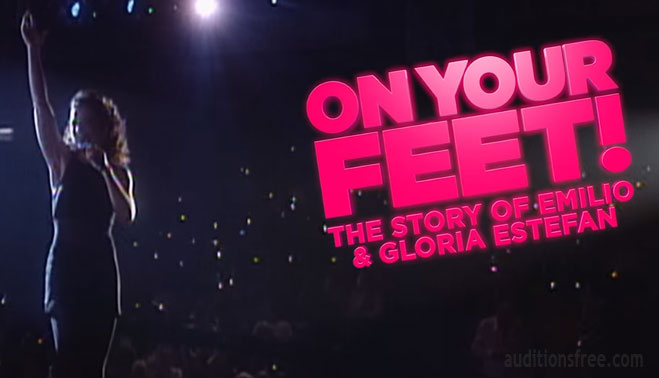 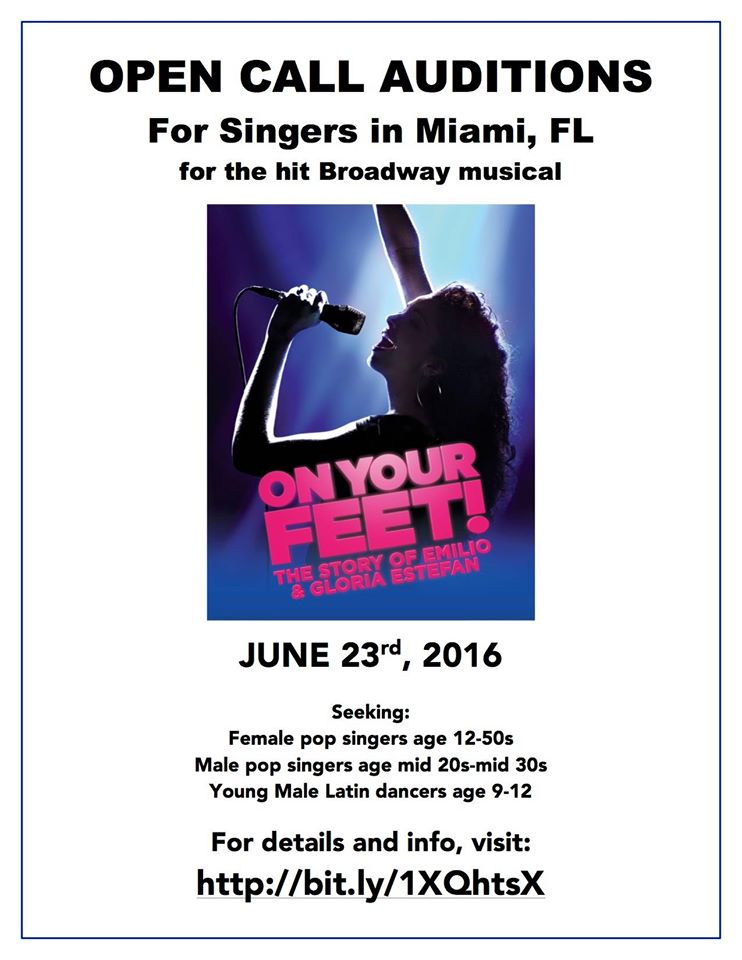 Music icons Emilio and Gloria Estefan are Broadway bound as they bring their story of true love and international success to a new stage.