Salvation – Produced by Lauren Jones and Directed by Mathew Weeke.

Hiding his feelings for another man, James struggles to keep his identity while living in a cult driven society.

-JAMES: James is the protagonist of the story, and the only character who gets a name. He is a gay man trapped in a cult that does not know about his orientation, and would not approve of it if they did. This is the primary source of conflict in the film. This main character is in his early 20s, and is very timmid.

-JAMES’ LOVER: This character is also in his early 20s. He is much more confident and agressive than James, and he is the one who started the romantic relationship with James. This role may require nudity.

-JAMES’ FATHER: This man is an old and senile acting man, who is irritable, violent, and a true believer in the cult. He is highly suspicious of James.

-JAMES’ MOTHER: This person is middle aged, and acts catatonic due to the many years of being forced to take drugs to destroy her mind (these drugs are required in the cult).

-THE WOMAN IN JAMES’ DREAMS: This woman should be in her 20s and 30s, and is a symbol of what the cult wants James to do. A confident and “I am above you” attitude is shown by this character. This role may require nudity.

-THE HOMELESS WOMAN: This individual has been shunned by the cult, and now is barely able to live at all. James is the only person who shows her any real kindness. This is a non-speaking role.

-THE OVERSEER: The Overseer rules the cult. He is middle aged, and has a very commanding presence. 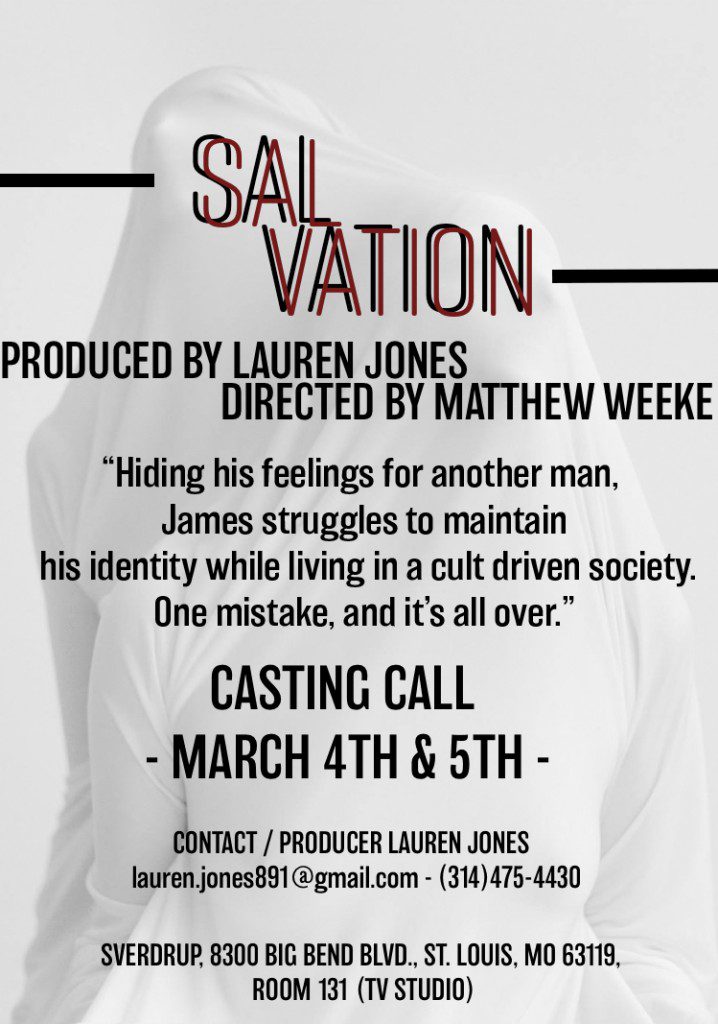 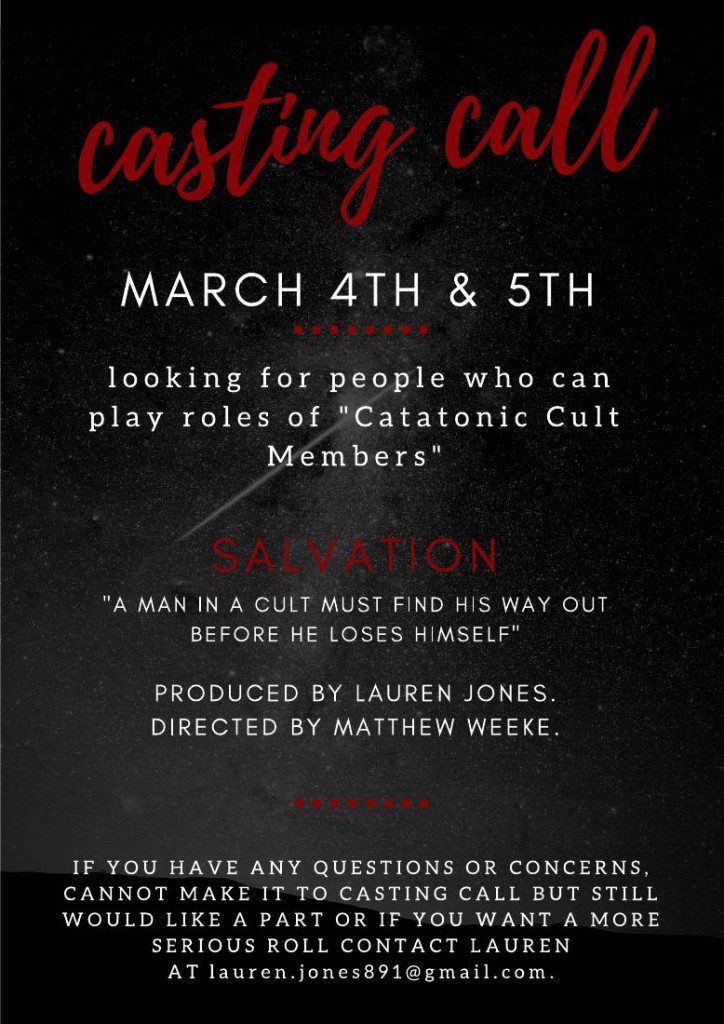 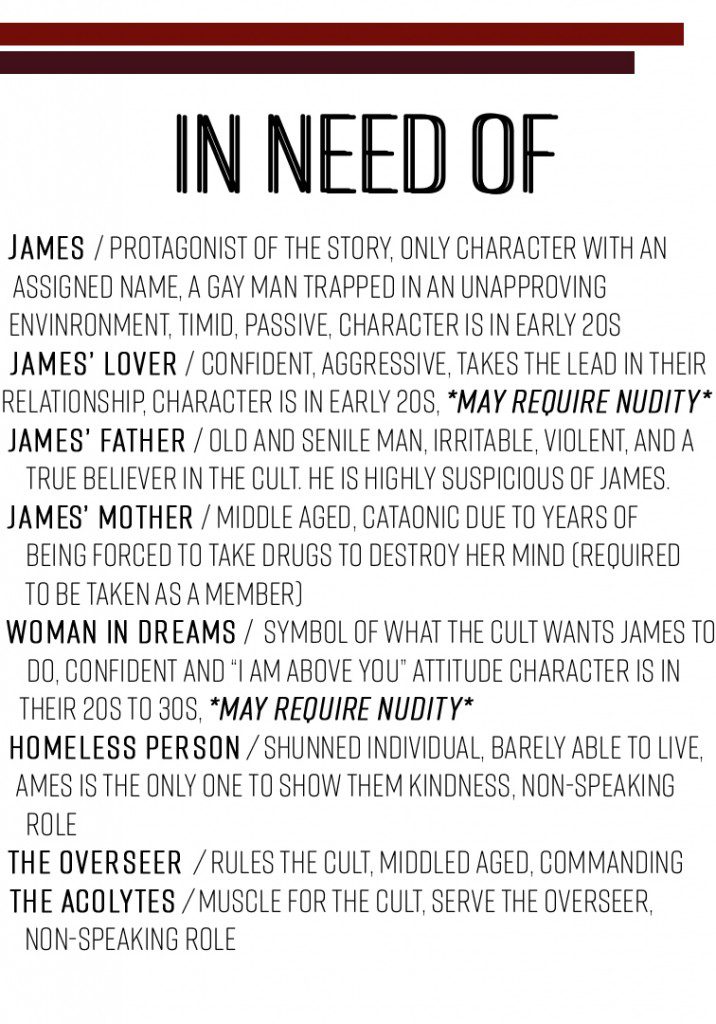