SYNOPSIS: In this murder mystery, Summer of Grace is about the sudden disappearance of Wayne. As members of a eco-commune are challenged by hunter, David hired by Margaret to track down the where about of Wayne. Together, their ventures must overcome an obstacle from the creature that inhabit the outside world

GRACE (Supporting): Caucasian. Late 20’s, Early 30’s. Lives a “lavish” and vegan lifestyle that had no need to worry about financial or psychical burdens. She believes in her own core-values that not only benefits her but anyone who she will protect and love. Within the peace and harmony, Grace does possess a bit of hostility and anger too those who she believes doesn’t have a purpose anymore in her heart.

RICHARD/MELANIE (Supporting): Native American/Hispanic. Early-20’s. Raised in a ritualistic community with knowledge of the Cherokee tribe. This character is preferred to as “the guide” – the one who knows about the creature they are searching for.

Wayne (Supporting): Caucasian, Early-20’s – Brother to Margaret, eager to learn about the outside world but his. 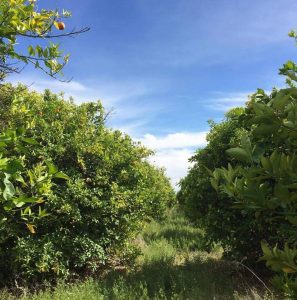 First round of auditions are VIDEO AUDITIONS. Second round will be in-person. More information will be sent if you make it to the second round. 1ST ROUND OF AUDITIONS WILL CLOSE APRIL 12th 2018!

NOTE: This is a PAID gig but has a micro-budget. Each role listed will be given a MINIMUM flat rate of $50, this amount may raise by the end of production depending on circumstance & fundraising attempts. Ask in email for more information.

This casting notice was posted by: Jesse Rojas