Get cast as a contestant on Ellen’s Game of Games.

Ellen’s crazy game show is coming back for a second season on NBC and is now casting contestants nationwide. If you love the show, here is a chance to get on.

Ellen’s game show is looking for fun people to come on the show as contestants and have created an online audition form for those that are interested.  The casting call is going on nationwide and people may apply from any US state, online.

TV host Ellen DeGeneres is back for season 2 of “Game of Games” – The prime-time show brings her funny style and extreme energy to the competition reality show / game show. The show premiered a few months back and is now renewed for the 2018 / 2019 television series.

The game show features contestants that participate in some wacky, high energy, hilarious games with Ellen serving as host and narrator. At stake, is a large cash prize and the winners of the various rounds get to move on and ultimately get closer to the big prize at the end of the competition.  The show runs an hour and many of the games are super sized versions of the games we have seen on her daytime talk show, “The Ellen DeGeneres Show.”

According to NBC, Every episode features Ellen DeGeneres’ one-of-a-kind comedy and irrepressible personality, along with a unique roster of games, including Blindfolded Musical Chairs, Dizzy Dash and Scary Go Round. The thrill of the pressure-cooker situations and the instant wins will keep audiences on the edge of their seats. 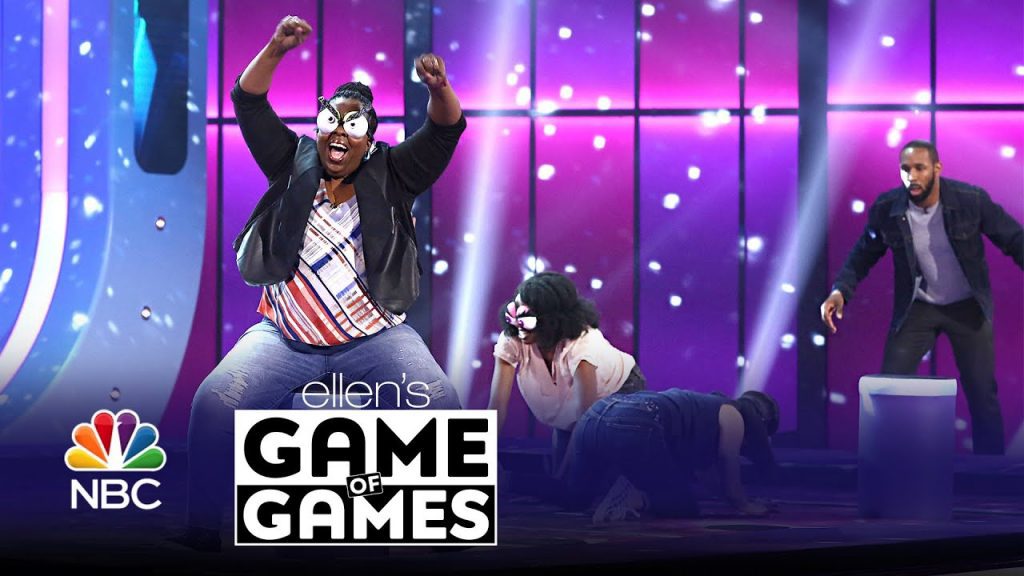 Ellen DeGeneres host “Game of Games” as well as executive produces.  Season 1 of the show premiered in December so it is likely that season 2 of “Game of Games” may also be looking at a Christmas time release.

If you and your family love playing games, the show’s casting directors want to hear from you now.  The shows casting team has setup an online audition page for folks that are interested in trying out to be on the show.  Those interested may check out the casting flyer below or see this page for the submission instructions.

Casting directors are looking for FUN EXCITED Individuals, Couples, and Groups! If you have a big fun family this is for you! 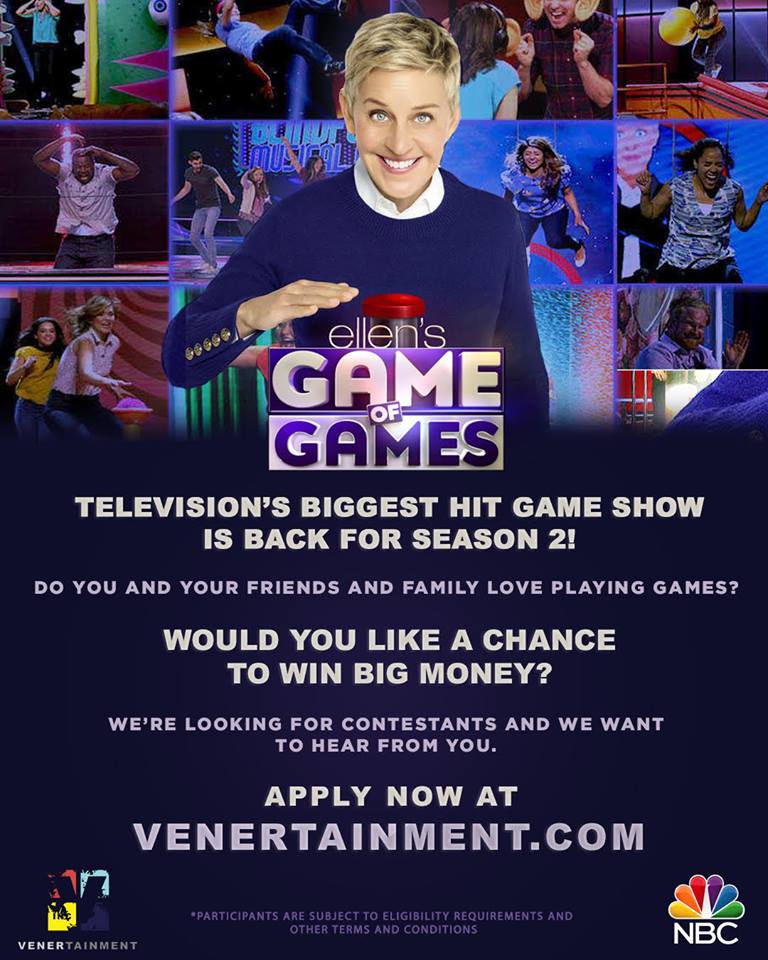