Starling Films in association with Push You Productions are casting for the short film Harvest. Filming will take place in the Dallas/Ft. Worth Area in December. If you are interested in auditioning for this film please submit Headshot and resume to starlingfilmsent@gmail.com

Auditions will be held this Sunday October 28 12-4 pm in Dallas. If you are unable to attend in person auditions please submit a 1-2 minute monologue no later than October 28th.

Scott Weinsfield- Caucasian-Mid-late forties- Tech millionaire who will do anything to save his company.

Lacy Weinsfield- Caucasian Late forties- Wealthy from birth and ruthless to who ever gets in her way.

Max- Organ Hustler- Sophisticated yet rugged, intelligent and street smart that money drives all his motivation.

Guy- African American- Funny and loud mortician who has a secret to keep.

City or Location of call: Dallas
Please submit to: starlingfilmsent@gmail.com by 2018-10-28

This casting notice was posted by: Starling Films 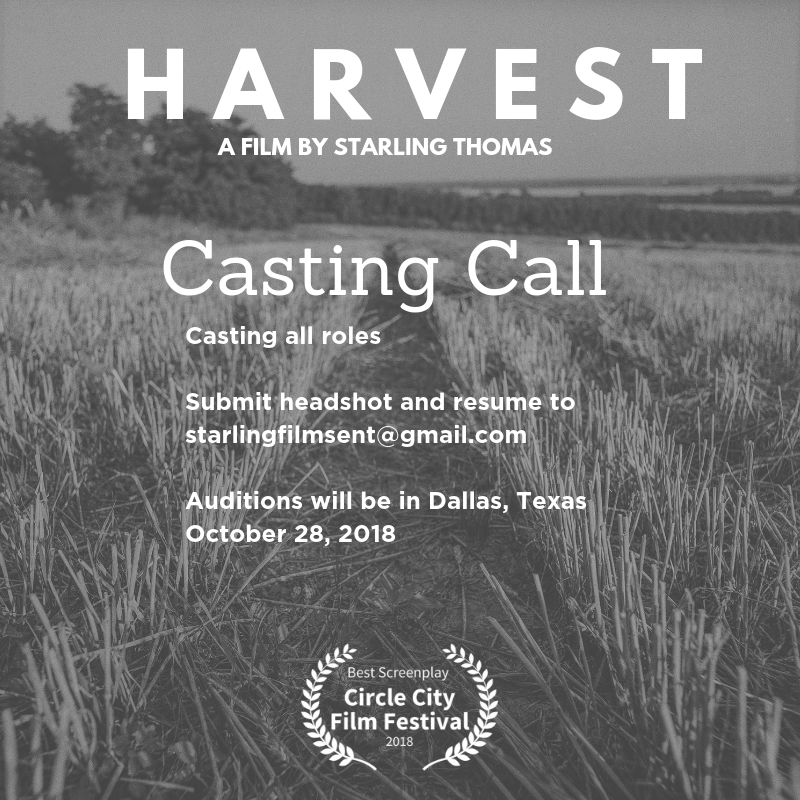