AUDITION REQUIREMENTS: Auditions will include Improv games and the reading of sides from the show. (NOTE: Sides will soon be posted online at conejoplayers.org)

PLOT SUMMARY: Is He Dead? by the great humorist Mark Twain, adapted by David Ives, is a madcap boisterous comic farce. Jean-Francois Millet, a young painter of genius, is in love with Marie Leroux but in debt to a villainous picture-dealer, Bastien Andre. Andre forecloses on Millet, threatening debtor’s prison unless Marie marries him. Millet realizes that the only way he can pay his debts and keep Marie from marrying Andre is to die, as it is only dead painters who achieve fame and fortune. Millet fakes his death and prospers, all while passing himself off as his own sister, the Widow Tillou. Now a rich “widow,” he must find a way to get out of a dress, return to life, and marry Marie. 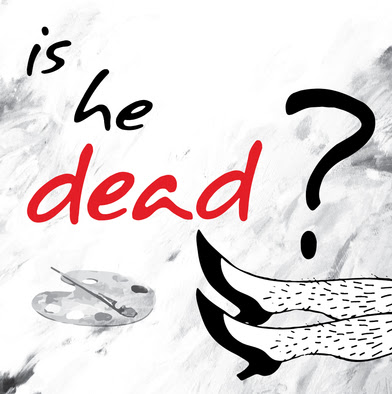 Cecile Leroux (Supporting): Female, 20-35, Marie’s older sister; in love with “Chicago”; jealous and suspicious of widow Tillou and Chicago’s relationship; disguises herself as an inspector to investigate the death of Millet.

Jean-Francois Millet (Lead): Male, 26-35, struggling free-spirited artist living in poverty; madly in love with Marie; fakes his death and takes on the persona of his fictional widow sister, Madame Daisy Tillou, as a cover; excellent comedian, great with physical comedy and timing.

Bastien Andre (Supporting): Male, 46-59, picture dealer and our villain trying to ruin Millet and the Leroux family threatening them with financial ruin; lusts after the Widow Tillou; weasel-like; an operator.

This casting notice was posted by: Conejo Players Theatre