Open auditions for child and teen dancers for the upcoming production of “The Music Man.”

“The Music Man” is coming to Broadway and will be starring Hugh Jackman and Sutton Foster.  The show is set to premier on Broadway in the fall of 2020.  Those that are cast for the show will be expected to attend rehearsals in New York City in the summer of 2020.

Casting directors for the Broadway musical will be coming to NYC to hold auditions for kids and teens that are between the ages of 8 and 17 who have strong dance skills and are also able to sing.

Auditions will be held next weekend at Pearl Studios.  Please see the casting flyer below for more details. 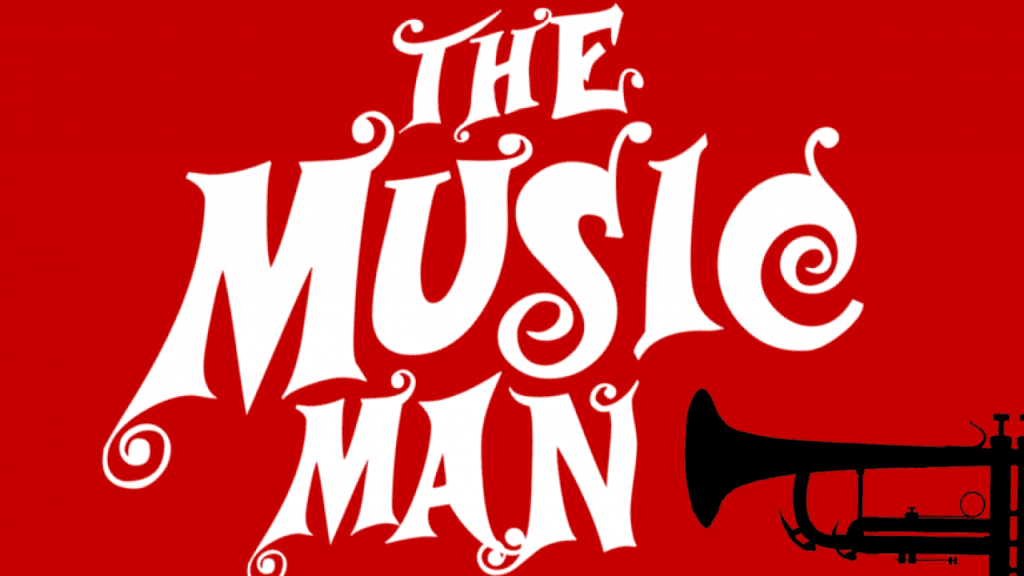 The Music Man is a musical which was written by Meredith Willson (book, music and lyrics).  The Music Nam is also based on a story by Meredith Willson and Franklin Lacey. The show premiered on Broadway decades back and in 1957, The Music Man was a huge Broadway hit having eventually won 5 Tony Awards, including Best Musical.  The album that was created for the show also won a Grammy Award and spent over 200 weeks at the top of the music charts.

Open call in NYC for child and teen dancers for The Music Man on Broadway! 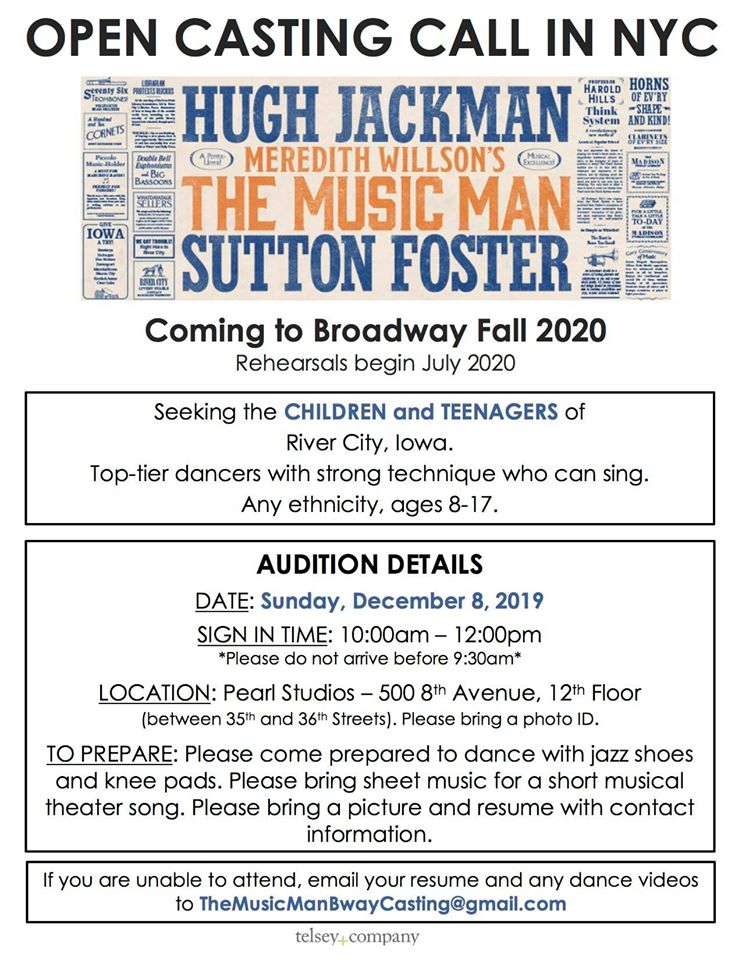 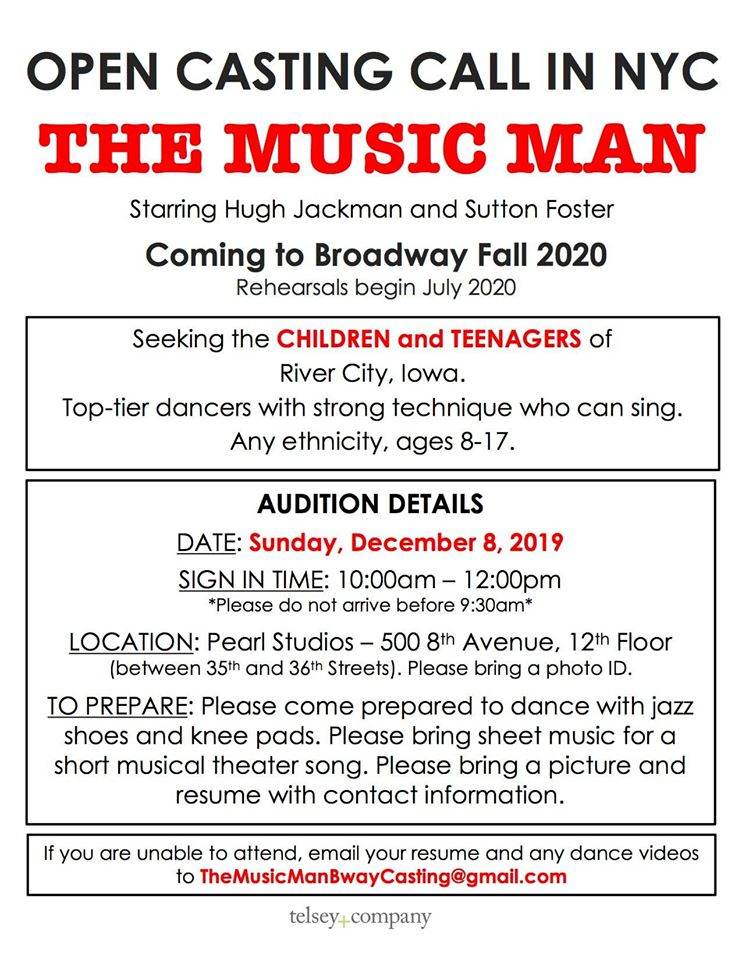