Troublemakers are about these 2 girls Ria and Lia being thrown in the streets at a young age one day out of there luck a record producer drives by and stops to listen to them sing and decides to take them home. Ria the bad child AKA The trouble maker AKA Samaria AKA Riri caused so much trouble on the Vacation proving her not able to perform at the HUGE Performance t. Ria’s mad and runs away; but the bad thing is Lia can’t perform without her sister there, Ria is the coordination everything and everything is messed up like the hall can’t be used because Ria has the key and the money and payment … Ria then performs from the area and the contest comes to her and that’s where the contest is Ria then is allowed to perform by her Guardian( The Record Producer AKA Eleanor ) And sings a special song for her! There will be a part 2 and 3 to this!

Lia, (AKA Tali) ( Full NAME -Talia)- The innocent around adults but mischievous around Ria; Ria likes to call her ‘ The Devils Angel’. Ethnicity – MUST BE BLACK. AGE- 11-13. Send a singing audition as well as a normal one to busobello@gmail.com

Eleanor Davis – AKA to Ria ( Davis or Ele or Mum) AKA TO Lia ( Daisy and Mum) – The record producer is very strict and has 1 child … Is hilarious but very very strict as I said before. ‘ Send a general Audition

Extras ARE NEEDED PLEASE SEND IN GENERAL AUDITIONS TO BE AN EXTRA! AND ALSO SEND IN SINGING AUDITIONS THANK YOU!

This casting notice was posted by: Filmso 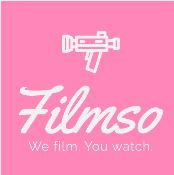