Auditions will take place in the Civic Theatre of Allentown Rehearsal Hall.

Please prepare 32 bars of a song appropriate to the show. An accompanist will be provided. Please bring your music with you. Sides will be available at the auditions. No monologues are required.

“Silence! The Musical” is a hilarious adults only parody based on the Academy award winning film. Rookie FBI agent Clarice Starling matches wits with the brilliant but insane cannibal Dr. Hannibal Lecter in order to catch the serial killer known as Buffalo Bill. Clarice faces her own demons while racing the clock to unlock Lecter’s clues before another innocent girl is killed and skinned by Buffalo Bill. This laugh out loud raunchy satire features a singing chorus of floppy eared lambs narrating the action as Buffalo Bill gleefully dances a hoe down about kidnapping hapless Catherine Martin. Even Dr. Lecter, scary as ever, sings about the life he’d like to lead some day outside the prison walls. Fueled by a rabid cult following since the songs debuted online, “Silence!” was expanded into a live stage show and shattered every box office record at the Fringe NYC festival. Winner of NYCFringe and Off Broadway Alliance’s Best Musical Award, as well as Time Magazine’s Top Ten, the creators Jon and Al Kaplan and Hunter Bell combine whip smart dialogue and shocking songs to make a musical parody of “The Silence of the Lambs” that’s sure to be popular with seasoned fans of the movie and rookies alike.

This casting notice was posted by: Civic Theatre of Allentown 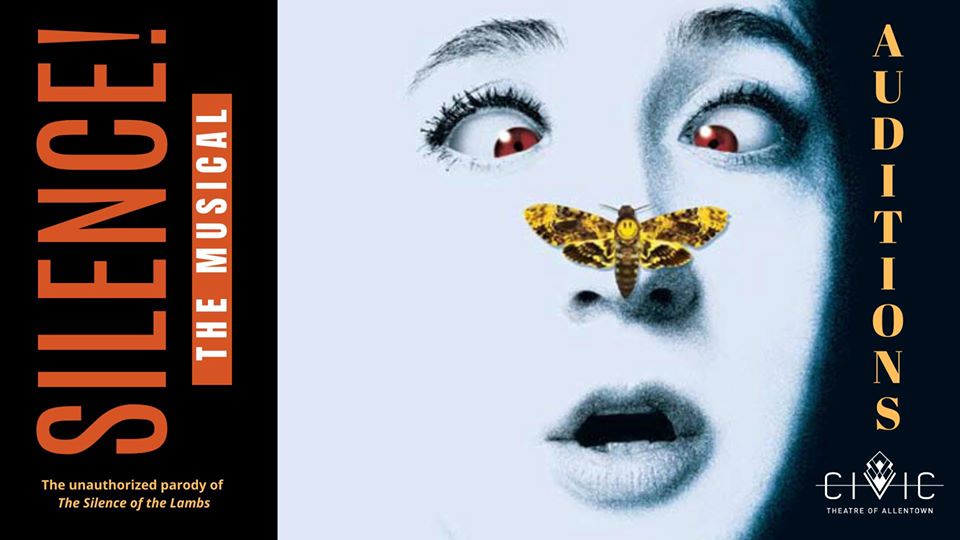