Video auditions for the Broadway production of Diana, a True Musical.

The show will be holding video auditions and the casting directors at Telsey and Co. are currently casting adult performers which include fantastic dancers/singers for the ensemble.  Please see the casting flyer below for the url to submit your audition videos.

Previews for Diana began in 2019 at the La Jolla Playhouse. The world premiere of Diana opened the following month on March 3. The limited run was extended twice and closed on April 14, 2019.The production was directed by Christopher Ashley with choreography by Kelly Devine. Costumes were designed by William Ivey Long, Scenic design was designed by David Zinn, Lighting was designed by Natasha Katz, and Sound was designed by Gareth Owen. The production’s orchestrations were composed by John Clanchy.

The production was eventually picked up and began previews at the Longacre Theatre on Broadway on March 2, 2020 with the same directing team.

Diana is a musical with music and lyrics by David Bryan and Joe DiPietro, and a book by DiPietro, based on the life of Diana, Princess of Wales. 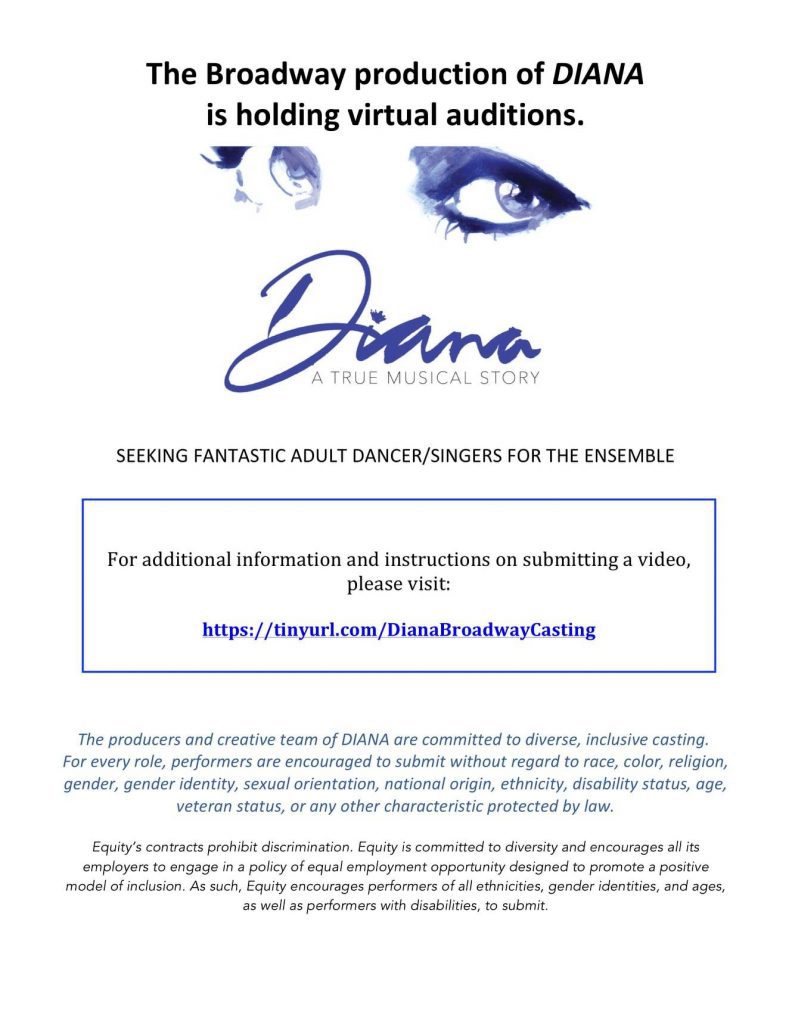