Get on a reality show with your lifelong friends.

Bunim-Murray Productions, an award winning production company who are the creators of such hit show’s as MTV’s Real World and “The Challenge” are now working on a brand new show.  This new show will be a reality competition series that is described as “an adventure of a lifetime.”  Bunim-Murray Productions is holding an open casting call online for groups of friends that would be interested to go on the show with their friends.

The show is looking for fairly large groups of at least 6 people with pre-existing relationships.

Did you grow up on the same block with others that you still keep in contact with?

Do you have a group of friends that you went to High School with?

Maybe, you still keep in touch with folks that you played sports with in the past?

No matter what the bond is between your group of friends from the past, here is a chance to come together and actually compete on a reality show.  This is a chance to come together again, make lots of great new memories and compete as a group for an amazing grand prize. Ready to go on the adventure of a lifetime with your lifelong friends?  Check out the casting notice below for all the details. 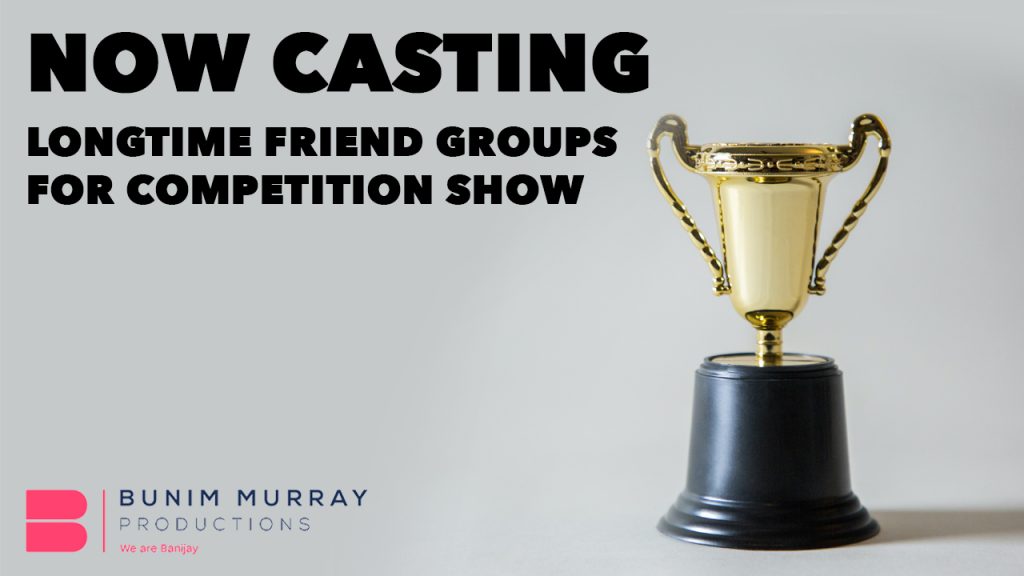 NOW CASTING LONGTIME FRIENDS FOR A COMPETITION OF A LIFETIME!

Emmy Award-winning BUNIM MURRAY PRODUCTIONS, creators of MTV’s The Real World and The Challenge, is developing a NEW COMPETITION SERIES for friend groups.

Did you grow up on the same block?

Did you go to the same high school?

Did you play on a sports team together?

NOW CASTING GROUPS OF FRIENDS (6 people) FOR THE COMPETITION OF A LIFETIME!
LINK TO APPLY: https://www.bmpcasting.com/friends/

No matter what bonded your group in the past, this is your chance to COMPETE TOGETHER for a grand prize all while making new memories of a lifetime. 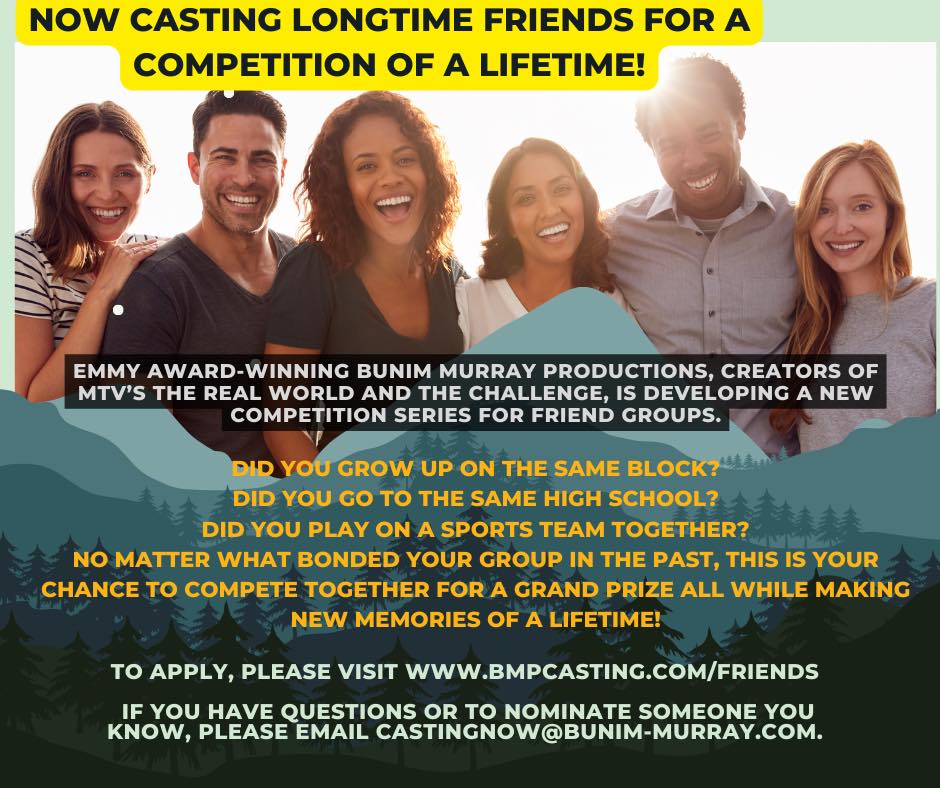