Are you Tough As Nails?

The TV show and the show’s casting directors are looking for everyday, Americans, blue collar workers, who would love to compete on the TV show and possibly win the grand prize which is a good amount of cash.

TOUGH AS NAILS is an exciting series that sets out to find America’s diamonds in the rough and redefine what it means to be tough, proving beyond a shadow of a doubt that being tough comes in all shapes and sizes.

Competitors will be tested in strength, endurance, agility, and most importantly, mental toughness.

About the show:
TOUGH AS NAILS is a competition series that celebrates everyday Americans who roll up their sleeves and don’t think twice about working long hard hours and getting their hands dirty, in order to keep their country running. Competitors who consider the calluses on their hands a badge of honor will be tested for their strength, endurance, life skills and, most importantly, mental toughness in challenges that take place at real-world job sites. The series is from Emmy Award-winning producer Phil Keoghan (THE AMAZING RACE) and his producing partner, Louise Keoghan. TOUGH AS NAILS is produced by Raquel Productions Inc. in association with Tough House Productions Inc. Phil Keoghan, Louise Keoghan and Anthony Carbone are executive producers. 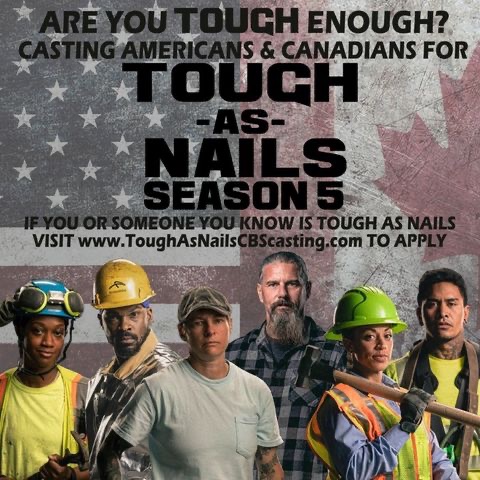 Now Casting Tradesmen and women for Season 5 of TOUGH AS NAILS – Films July 2022.
This is not for actors, authentic trades workers only.

Interested in getting on the show?  Check out the casting graphic above for the url to apply. 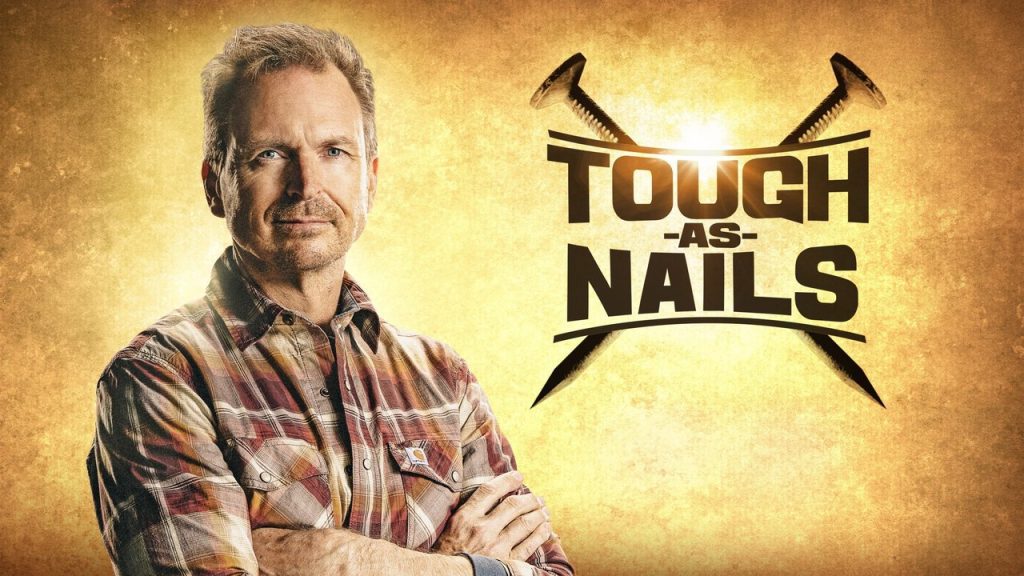