Synopsis: A janitor. A software mogul. A college grad. An IRS paper-pusher. Although they live thousands of miles apart, these four people share a secret: They’re recovering addicts who’ve found a safe haven in an online chat room. When an Iraq War vet’s tragedy spills into their cyberhome, everything changes. Virtual and real worlds unfold onstage.

The Heights Players is located at: 26 Willow Place, between State and Joralemon Streets in Brooklyn Heights.
All those auditioning are required to wear masks when not auditioning.

Please provide a headshot and resume at time of audition. Prepare one comedic & one dramatic monologue 1-2 minutes in length.

Roles:
?
ODESSA ORTIZ: Lead, Female, Hispanic (Puerto Rican), Age range 35-45: Recovering addict in her Late 30’s and founder of www.recoverytogther.com. Works odd janitorial jobs, lives one notch above squalor. She uses this website to help others in recovery and acts as a mentor to others in the group. Odessa Ortiz on the other hand is a fierce presence, a no-nonsense, “call it like I see it” type of person.

ELLIOT ORTIZ: Lead, Male, Hispanic (Puerto Rican), Age range 20-30: An Iraq war veteran with a slight limp, works at a sandwich shop, scores an occasional job as a model or actor. Estranged son of Odessa. Struggles with PTSD, and haunted by the ghost of his war time actions.

YAZMIN ORTIZ: Lead, Female, Hispanic (Puerto Rican), Age range 25-35: In her first year as an adjunct professor of music, Odessa’s niece and Elliot’s cousin. Fiercely passionate about her career. Family means everything to her. She has an edge to her. She spends a lot of energy trying to keep her family together while her personal life crumbles behind the scenes.

FOUNTAINHEAD a.k.a JOHN: Featured Supporting, Male, White, Age range 35-45: A computer programmer and entrepreneur. Lives on Philadelphia’s Main Line. Keeping a secret from his family that is eating at him. A kind soul who wants better for himself. He’s a new addition to www.recoverytogether.com, but in denial of the hold his addiction has on him.

CHUTES&LADDERS a.k.a CLAYTON: Featured Supporting, Male, Black, Age range 50-60: Long time member of www.recoverytogether.com. Lives in San Diego and has worked a low-level job at the IRS since the Reagan years. Frequently busts other people’s chops but means well. A strong sense of comedic timing is a plus. Uses his humor to deflect from his shortcomings.

ORANGUTAN a.ka. Madeleine: Featured Supporting, Female, Asian-American (Japanese) Age range 25-35: A recent community college graduate. Adopted at birth; She is looking for a sense of belonging in this world. Throughout the play, we witness her journey to Japan so she can find her birth parents. Gentle but sharp. The banter between Orangutan and Chutes & Ladders is something special. A strong sense of comedic timing is a plus.

A GHOST: Supporting, Male, Middle Eastern, Age range 20-40: The spirit of an Iraq war victim who haunts Elliot. Also plays PROFESSOR AMAN an Arabic professor at Swarthmore and A POLICEMAN in Japan. 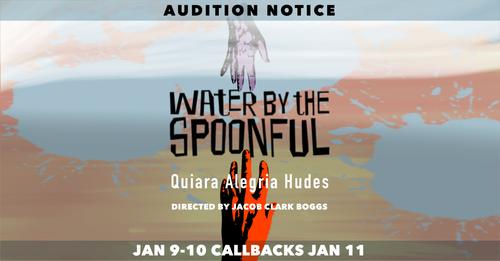