The films extras casting directors are Batherson Casting in Louisiana and they have just posted a casting call on their website for background and extras who are physically fit and between the ages of 18 and 50.

As a note, they added that would like men who are applying to be extras not get a hair cut and grow some facial hair.

Seems the long awaited 5th movie in the series will begin filming next week.

“T5” or “Terminator: Genesis“, is actually one of 3 really big blockbusters that is filming in New Orleans. “Jurassic World” (which just released an open casting call yesterday) is scheduled to begin production in New Orleans next month as is the newest Fantastic 4 feature.

The new Terminator flick is a reboot which means we will most likely see some of the same story  lines that we saw in the original. Arnold is also rumored to be a part of this production. This is being called a “fresh reboot” which means that the story will be similar but it will also set up  what may be quite different for future films. The new “Terminator” is planned to be a trilogy.

In a recent interview with Collider, Arnold commented that the new film had a “Terminator 2” feel to it. Guess we will find out exactly what that means in 2015, when the movie hits theaters.  The Collider interview with Arnold also mentioned how surprised he was at how long the same character has lasted in this franchise, it has been 30 years now…. he went on to say “and then after 30 years, to get asked again to be the only character in a movie that is the same character is unheard of, in movie history.  You always switch out, like with James Bond and Batman. ”

With 3 major films, that will be using tons of extras filming in New Orleans,  seems those that want to be extras will have plenty of opportunity. 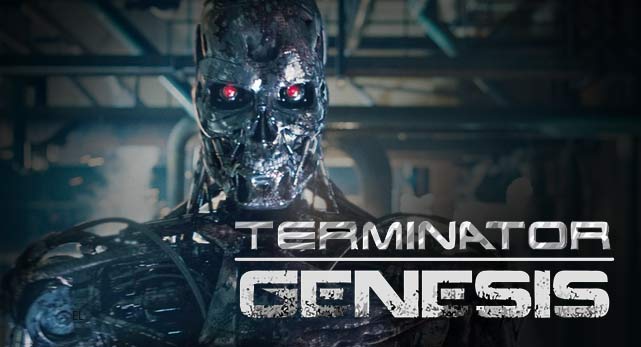 If you would like to apply to be on “terminator: Genesis” you will need to go to the Batherson casting website and first register.

This does film in New Orleans and casting directors are most likely just looking for locals.

Beginning to search for physically fit/athletic people (18-50 years)
send all inquiries to info@bathersoncasting.com

Also we are requesting no fresh hair cuts and men to have facial hair for “Terminator: Genesis“