Casting directors with Tammy Smith have a call out for local talent. James Franco’s “In Dubious Battle” is seeking to cast the core group of background actors as well as other small roles for scenes that will be filming in the Bostwick area shortly. They seem to be casting some featured roles as well, they are requesting for talent to include a resume, if they have any acting experience, though not required.

The movie is scheduled to film this month and next – March 18 to April 12. The project is looking for men and women ages 18 to 75 for various roles. Those selected to fill the roles will be working in Bostwick and/or Senoia, GA. For more information about the available roles and how to apply, please see the information listed in the flyer below. 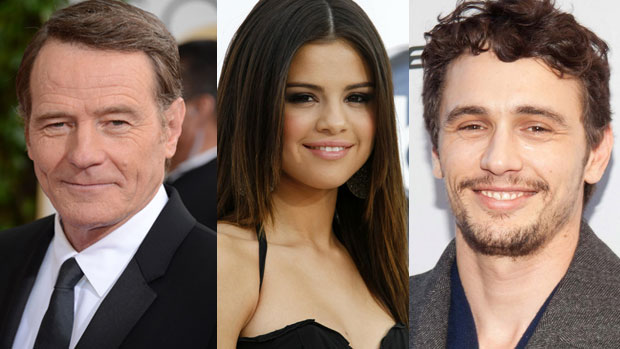 According to a report in Variety, Matt Rager is adapting the screenplay. Rager previously worked with James Franco on film adaptations of William Faulkner’s “As I Lay Dying” and “The Sound and the Fury.”

Interested? Here is the casting call – This will be filming in GA so please only apply if you are local to the area.

For the new film “In Dubious Battle“, based on the John Steinbeck novel. Casting for Men and Women, ages 18-75, blue collar and/or character types to be farm workers in the Depression Era of the 1930’s. We will be selecting a core group of people to work several days (for approx 10 to 12 of the days within the filming dates) – working in Bostwick and/or Senoia, GA

Photos need to be presented to the director and producers for selection!

see flyer for all the info, email is tammysmithcasting@gmail.com 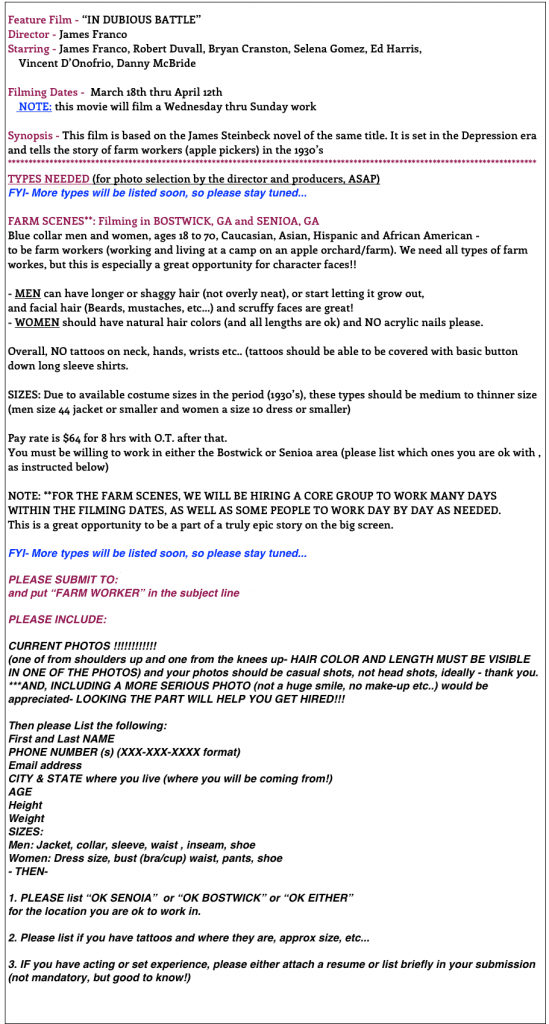