Disney is giving young actors a few more days to get their audition videos in!

A few weeks ago The Official Disney Channel / Disney XD open casting call was announced and this year, they went online. For the first time ever, Disney was holding online auditions allowing talented kids from all over the country to try out for a coveted role in one of Disney Channels new shows or movies. The open call was not without it’s problems. Minutes after going live, kids, teens and their parents were all complaining that they were unable to upload their audition videos. Not sure if the company experienced technical issues or the app was just overloaded, but many folks were unable to get their auditions in by the deadline of the 6th. Seems Disney heard the complaints and has now extended their official online casting for a few more days. The new deadline, as of now, is the 10th of the month. Talent now has a few more days to upload the videos that they were unable to a few days back.

The deadline to submit was only extended by a few days, so talent interested in the opportunity needs to rush it. Don’t wait for the last minute, as parents are still reporting that uploading the finished audition videos is still not going smoothly and may take quite a few tries. If you are having problems with it, you are not alone. You can check out the discussion about it here. Also, the FB post about this has a good amount of input from people who were successful in uploading their videos. A few people did mention that converting the video file to an MP4 format on their computer and then uploading the MP4, seemed to work. 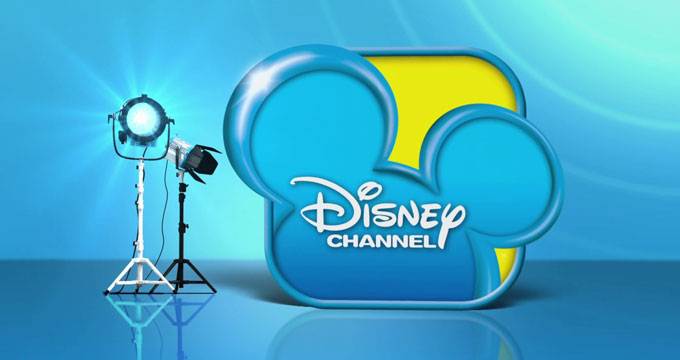 Every year the Disney Channel and Disney XD hold a an annual talent search. Disney casting directors meet with kids, teens and their families, searching for the next breakout child star. The event is always held during the spring or summer months and this year is no different since the company announced that July 23rd is the first day that auditions will be open. This will be the first year that the annual Disney casting call will be open, online and accepting video submissions.

This time, Disney has created an app to allow talent and their parents to download the script, record a short video and upload it to the app where casting directors can view it.

Kids wanting a shot at a role on a Disney Channel or Disney XD show can check out the flyer below for all the details as well as information on how get the script, record and upload their video auditions.  The new application submission period goes through the 10th of this month. If you are looking for the Disney script, here is the link.

Please see the info-graphic below for further details on the app you will need to download to participate in the Disney Channel online open call. 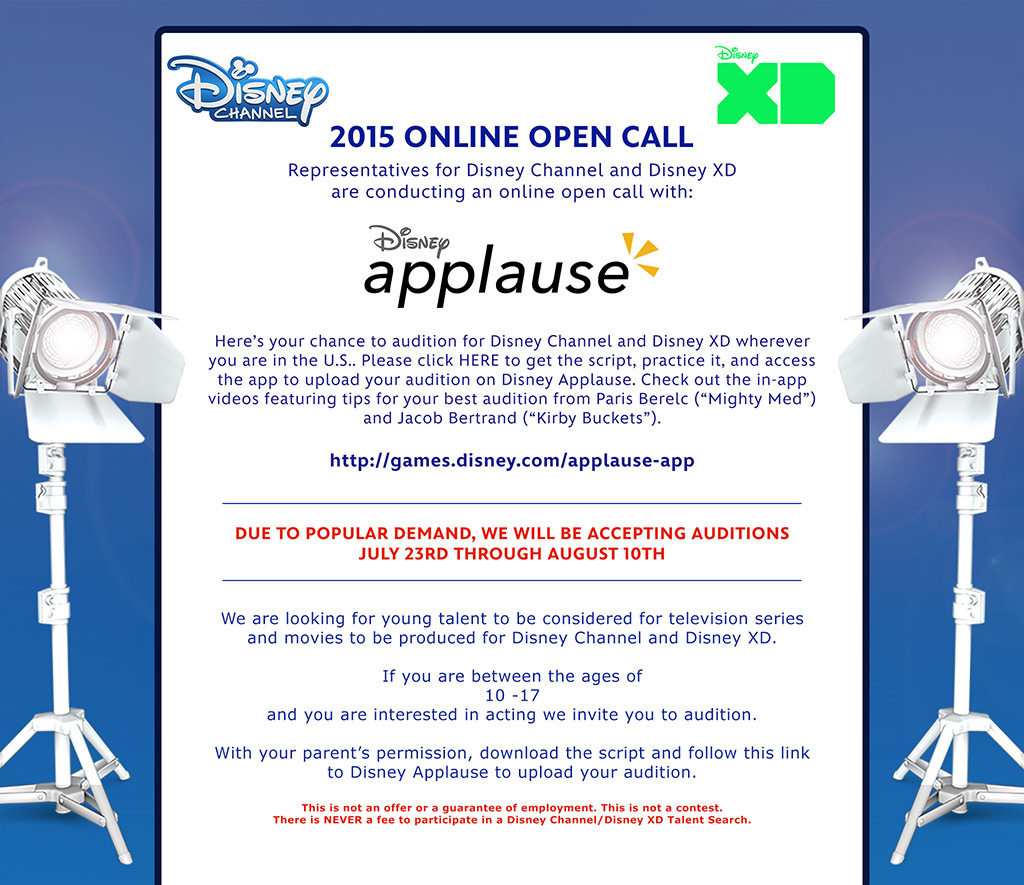 27 thoughts on “Disney Online Casting Auditions Have Been Extended”