A new film project will begin filming in the Pittsburgh PA area this month and casting directors will be holding an open casting call for small roles such as extras, stand-ins and photo doubles.

Extras casting director, Nancy Mosser will be holding an open casting call this weekend on the 18th at the DoubleTree Hilton in Downtown between 10 AM and 4 PM. The entire sign up process should take about 15 minutes and the casting directors will be taking pictures of talent on-site. Talent wishing to get some paid work as an extra on the movie can come on down to the call this Sunday to meet with casting directors. The movie is looking for talent ages 6 and up and will be filming in and around Pittsburgh January through March 2015.

The CBS films project is using a working title, “Let It Snow“. There isn’t much information about the actual title of the film, it’s plot or it’s stars but reports state that the movie will be a romantic comedy being directed by Jessie Nelson with a  cast that will include two Oscar winners and an Oscar nominee. According to the Post-Gazette, the movie has already begun filming and was creating artificial snow a few weeks back for the project in the Pittsburgh area and the films main stars will be arriving in Pittsburgh sometime this month for filming. 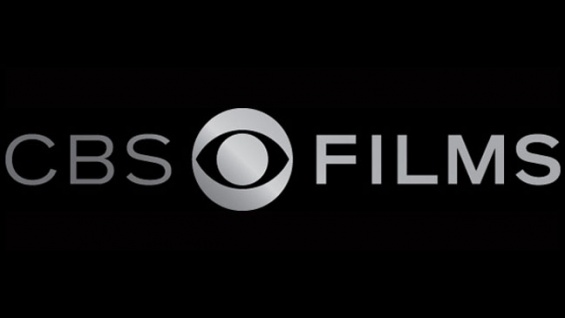 Dawn Keezer, of of the Pittsburgh Film Office commented “We’re thrilled to welcome CBS Films to Western Pennsylvania for their first time shooting here.” Dawn Keezer also mentioned that CBS had scouted Pittsburgh for other projects and now is “here and on the ground.”

By the way, The Pittsburgh Film Office also reported that Donna Belajac Casting in Pittsburgh is casting kids, identical twin girls to fill principal role of the daughter to the film’s main actor — Caucasians, ages 3 to 5, to play 3-year-olds in the project as well.

OPEN CALL INFORMATION FOR THE FEATURE FILM, “LET IT SNOW”

YOU DO NOT NEED TO ATTEND IF YOU ALREADY HAVE A PROFILE WITH MOSSER CASTING. PLEASE UPDATE YOUR PROFILES WITH RECENT PICTURES AND CONTACT INFORMATION IF IT HAS CHANGED.

Please see the below casting call flyer for further details about the open call. 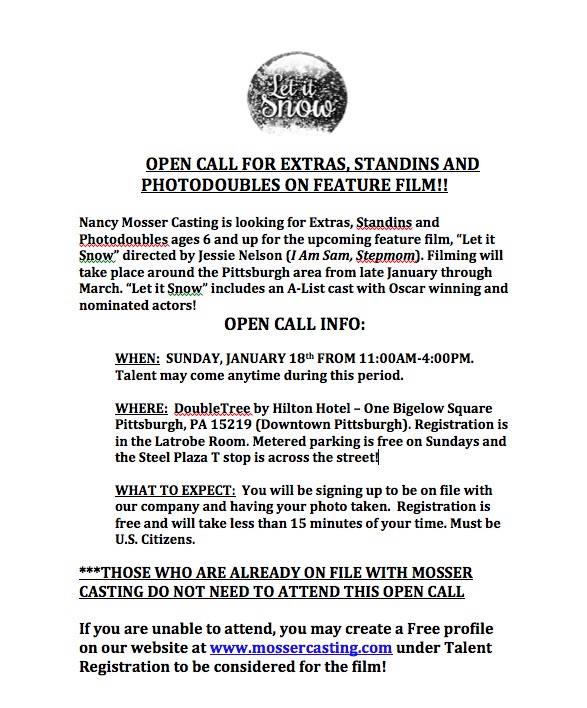