Another open casting call for the new Tom Cruise film “Mena” has been announced.

Casting directors for the Doug Liman film held an open call in Ball Ground, Georgia this last weekend and have just announced another one will be held in the Atlanta area this coming weekend.

The production is seeking talent of all ages. “Mena” will be casting babies, toddlers, kids, teens, adults and seniors to work as paid extras. All ages, 1 to 80 are welcome to attend  the upcoming open call for a chance at getting a small role in the movie. The project which will be filming through the summer in the Atlanta and Ball Ground areas of GA.

Central casting will be hosting the open call and are particularly interested in South American types, Military and Government types and those that have older model cars made between 1975 and 1985. Since the film is set in the 70s and 80s, they need extras who have timeless looks that do not look overly modern. 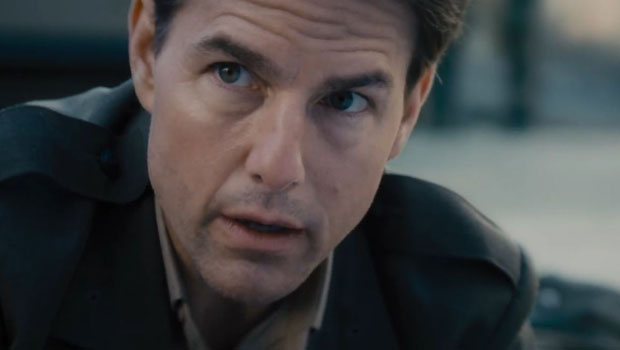 Doug Liman and Tom Cruise are reuniting on the Universal Pictures project. The pair worked together on the sci-fi film “Edge of Tomorrow”.“Mena”  will be directed by Doug Liman and is written by newcomer Gary Spinelli. Tom Cruise will be starring in “Mena“, a thriller about a pilot caught up in the Iran Contra Scandal.

In “Mena” Tom Cruise will be playing a recently fired TWA pilot who is also an ex Navy Seal. The pilot gets approached by the CIA to help them smuggle drugs out of South America. The pilot gets entangled in what ends up being known as the “Iran Contra Scandal”, a plot which involved smuggling drugs in order to fund an illegal weapons program. The film will take place during the 70?s and 80?s, a time when there was a US embargo. US government officials went around the embargo and secretly sold weapons to Iran.

This Saturday, May 16, we will be holding an open call in Atlanta for the movie, ‘Mena.’ If you have already attended our open call in Ball Ground or submitted online, you do not need to come, this is just another option for you!

Those who can’t make it to the open call can still apply for the roles. Please see this page for info on how to apply online. 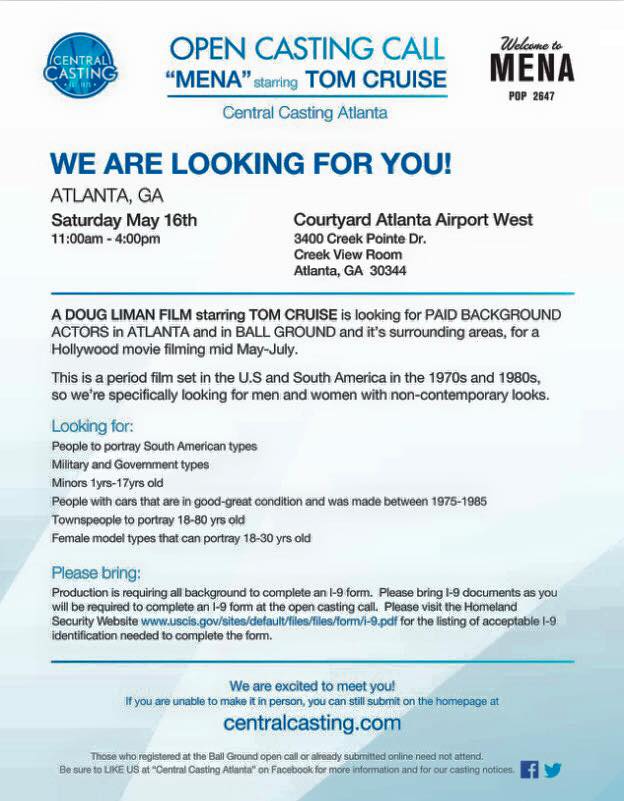