A Night for Buddy Stone

UNC School of the Arts will be holding casting sessions for the film “A Night for Buddy Stone“. A period piece, the story follows Buddy Stone, an up-and-coming writer, during the golden age of television in 1958. He’s on the verge of winning his first Emmy. Soon, he’ll become one of the most successful men in Hollywood- If only his wife would agree.

BUDDY STONE, Mid-Late 20’s. Intelligent but indecisive. He loves his wife, Nancy, desperately but often neglects her for his work. He aspires to great success, and is very concerned with his social status and the perception of others. He’s conflicted by the sacrifices he’s discovering he will have to make in order to be successful.

NANCY STONE, Early 20’s. Buddy’s wife, is constantly guiding her husband to follow her lead. Young yet not naive, she cares deeply about her husband, but puts her own happiness above his. A true Mid-Westerner, she is patient but apt to fight for what she thinks is right, regardless of the consequence.

FRANK HUXLEY, Late 40’s. Conservative and stern. A television executive who made a lot of mistakes early in his career, he is concerned for his future. He is scared his more talented contemporaries will etch him out.

JUDY HUXLEY, Late 30’s-Early 40’s. Frank’s wife. She lost her husband years ago to his work and now floats from party to party trying to support his aspirations.

CARLA, Early-20’s. A true diva, she never shies away from gossip. She has flirted her way to the top. Nouveau-riché, she is not afraid to flaunt her wealth. 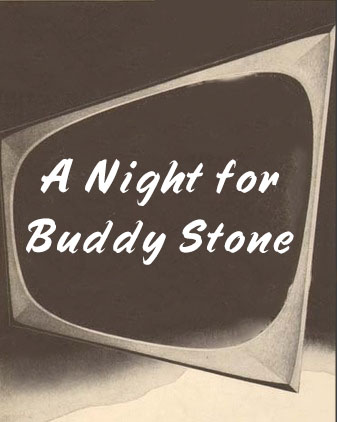 If interested, please email buddystonefilm@gmail.com with a headshot and resume. Put “(Name) Audition” in the subject line and a time will be appointed to you. If you have a preferred time, please specify in the email.

This casting notice was posted by: UNCSA