“Gotham” is a prequel to the Batman movies. It follows our favorite characters from the Batman films and comics before Bruce Wayne became the masked vigilante. The series stars Ben McKenzie (“Southland“), Donal Logue (“Sons of Anarchy“, “Vikings“) and Jada Pinkett Smith (“The Matrix“).

Gotham focuses on the characters and villains of the Batman comics before Batman was a vigilante. “GOTHAM” follows Gordon before he rose up in the police force, while he was still a detective and just getting to know the iconic characters from the comics. Bruce Wayne / Batman is part of the show, but not the focus. In the series Bruce Wayne and Cat Woman are still kids, orphans, struggling to find a place in the world. 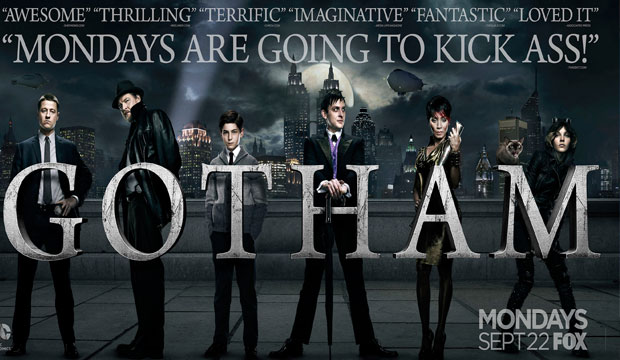 Since the show films in the NYC area, please only apply if you are local since no travel expenses are being paid.

Grant Wilfley Casting is seeking SAG-AFTRA/NON-UNION with a real missing finger or fingers to portray a featured villain type on the Fox series Gotham. Works multiple TBD dates bet. 3/15-3/25, fitting prior to working. Please send photos of hands along with a photo of what you look like to gotham@gwcnyc.com. Please put in the subject line: Name, Missing Finger, Union Status, and Phone Number.