Talent in the Savannah Georgia area can start working on their beach bodies because the “Baywatch” movie is set to begin filming this coming spring 2016.

The movie’s casting directors at Rose Locke (The Hunger Games: Catching Fire, Mockingjay, Furious 7, Divergent Series, Allegiant,  Bad Grandpa ,) will be holding an open casting call at the end of the month in Savannah. The movie needs paid extras of all all types ages 18+ to work on the set. They are especially in need of people that look pretty good in a bathing suit.

The  TV show is being made into a feature film.  The “Baywatch”  remake is actually a comedy which will star Zac Efron and Dwayne Johnson. Dwayne Johnson plays a lifeguard who must team up with a younger lifeguard , Zac Efron. Together the pair will save the beach.  The original “Baywatch”  TV show was a prime time soap that aired on NBC during the 90s.  The popular TV series  starred David Hasselhoff, Pamela Anderson, Carmen Electra, Yasmine Bleeth and many others. The original ‘Baywatch” series aired for over a decade and sparked a spin-off series called “Baywatch Nights” as well as a feature length film.

Efron and Johnson have expressed their excitement about the project. In an ET interview, Johnson stated “The cool thing about this is we want to make a movie that’s big, fun, epic, and all the things that you want,” he added. “We want to make sure that it has edge and badass action and dirty jokes.” Efron mentioned that the “Baywatch” movie  will be R-rated and “badass,” quite different from the 90s TV series that inspired the film.  According to IMDB, Seth Gordon (Horrible Bosses) is set to direct the comedy which begins filming in early 2016.

Rose Locke Casting will be holding the open call on on February 27th, 2016.  The “Baywatch” movie will be filmed in the Savannah area between March and April 2016. The movie is also scheduled to film in the Atlanta area from mid April through May, however this casting call is only for talent in the Savannah area. We may see a call for the Atlanta area at a later date.

Extras of all types, ethnicities are needed for filming. All roles are paid and those wanting to be extras in the movie must be at least  18 years of age. 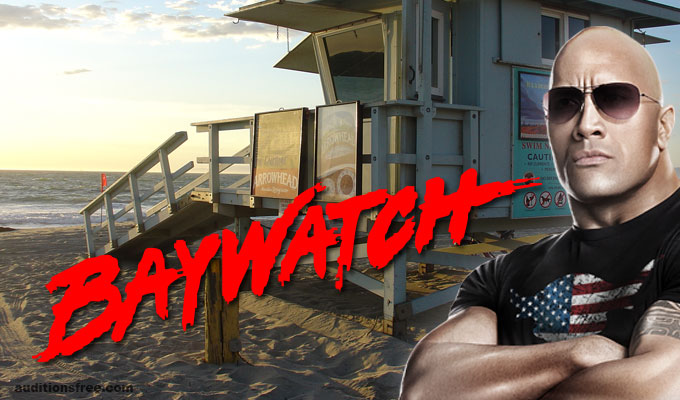 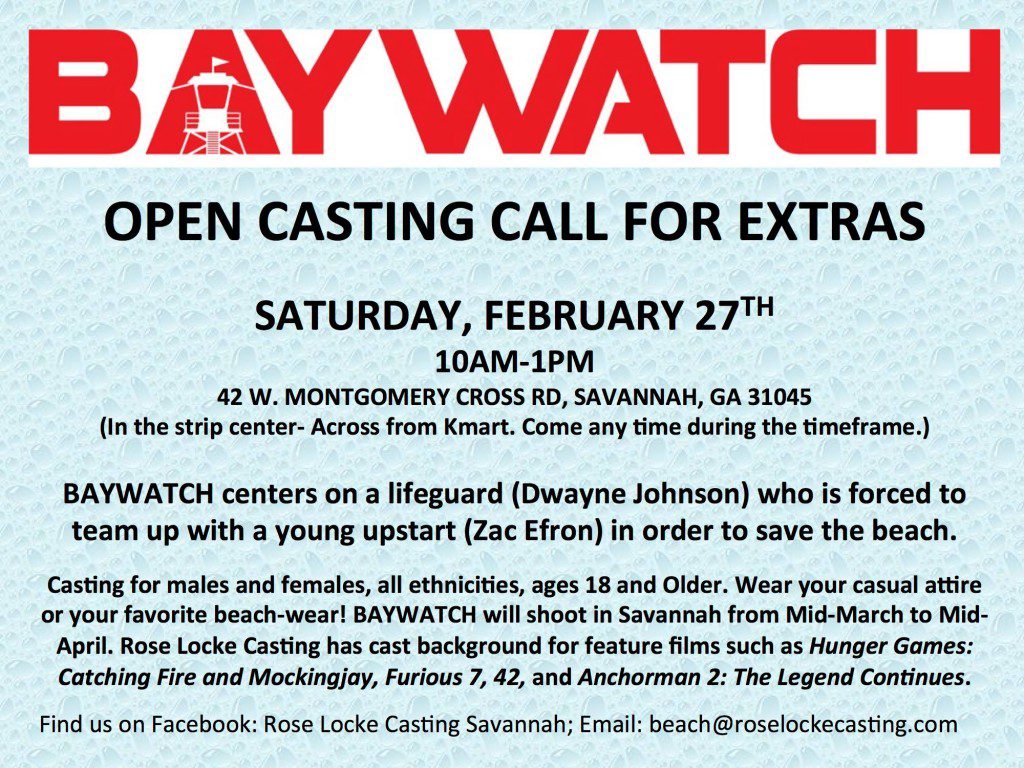 If you have a great beach body and are comfortable wearing a bathing suit on camera, wear your bathing suit under your clothes.

Those unable to make it to the casting call, may email Beach@RoseLockeCasting.com. Include 3 pictures (headshot, body, and profile) age, height, weight and all contact info.

Please note that you must be local to the Savannah Georgia area in order to be considered for any of the available roles.