Rob Reiner’s politically charged film follows a group of journalists covering George Bush’s planned invasion of Iraq in 2003 are skeptical of the presidents claim that Saddam Hussein has “weapons of mass destruction.” The star studded cast includes Milla Jovovich, Tommy Lee Jones, Woody Harrelson, James Marsden, Alec Baldwin and Richard Schiff. “Shock & Awe” began production in Louisiana this month and extras casting directors for the film will be holding an open casting call for locals who would like to tryout for small, paid roles in the project.

According to Deadline,  the movie is written by Joey Hartstone who also worked with Reiner on LBJ. The story centers on journalists who begin asking questions about the planned invasion of Iraq ans Saddam’s alleged arsenal of “weapons of mass destruction” which helped the Bush administration sell the Iraq War to the American public. 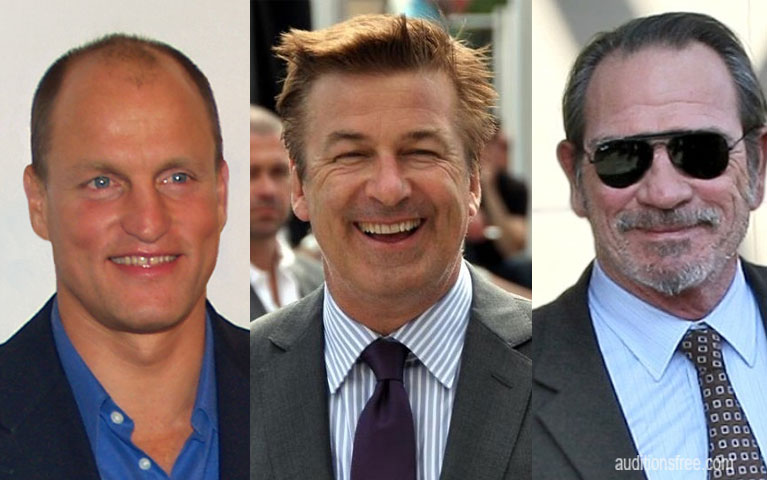 Also according to Deadline, “the movie follows Knight-Ridder reporters Jonathan Landay and Warren Strobel, who, after the events of 9/11, meet with their bureau chief John Walcott to get to the bottom of who was responsible. They find that the Bush Administration was trying to tie Saddam Hussein to the terror attacks, even though there was no true evidence to support the claim.“

“Shock & Awe” is being produced by Acacia Filmed Entertainment, Castle Rock Entertainment and Savvy Media. The movie is set to hit theaters sometime in 2017 though an actual release date does not seem to be set yet.

STAFFERS – Currently casting 20’s-60’s looking males and females, 18 years old or older, to portray staffers on Capitol Hill. Must have business attire. Must not have worked the show before!

Please submit current photo(s) of yourself, your name & phone number to: SHOCK@CENTRALCASTING.COM with STAFFER in the subject line.

CAFE – Currently casting 20’s-50’s looking Males and Females, 18 years old or older, to portray upscale Cafe Patrons in Washington DC. Must not have worked this show before! Should have business and business casual wardrobe options.

Please submit current photo(s) of yourself, your name & phone number to: SHOCK@CENTRALCASTING.COM with CAFE in the subject line.

Both of these projects begin at the end of September and we are going through our database now compiling pictures to show to the directors.
We are not taking any specific submissions at this point, however we are submitting your picture if you are registered with us.
If you haven’t registered with Central Casting yet, do so NOW in our office! It’s free to do and all of our registration info can be found below or at CentralCasting.com.

NEW REGISTRANTS AND PHOTO UPDATES ONLY

Make sure you are registered so you can be part of these awesome projects. 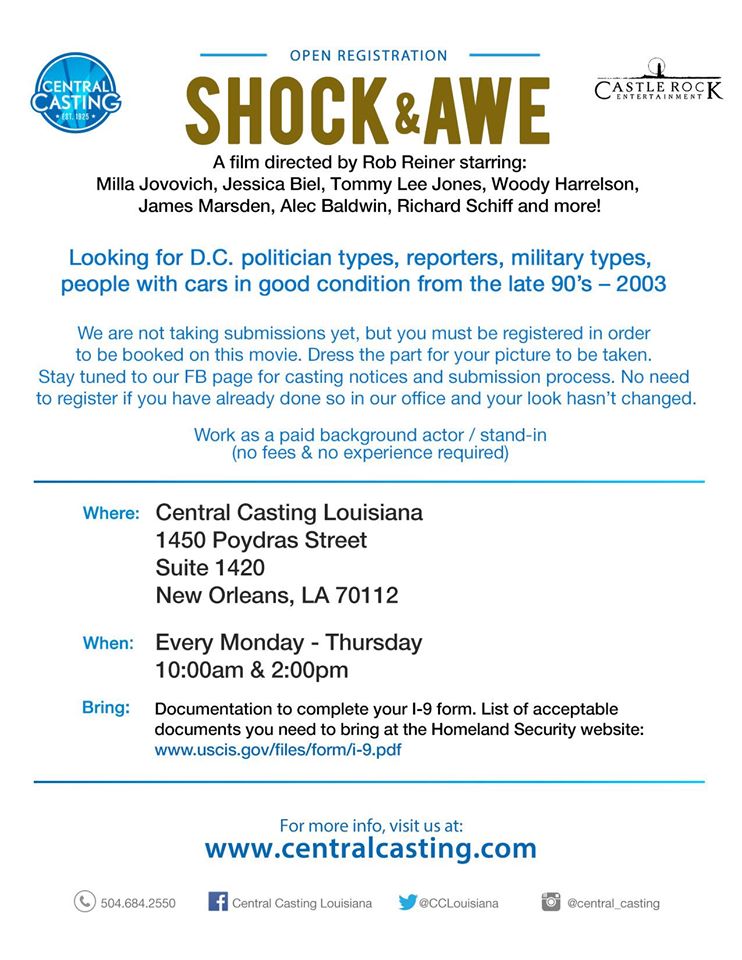