The Wall is coming back for another season and folks have a chance to get on the show.

The show which is hosted by Chris Hardwick, has been renewed and fans of the show have a chance to become contestants. The Wall has held open casting calls nationwide for the prior 2 seasons and we can most likely expect open casting calls for The Wall coming up this year as well. The show also takes online & video auditions from people nationwide and those interested are able to get a jump start on their audition & open call process by sending in their online auditions.

According to Deadline, The Wall, was renewed for season 3 and NBC announced that renewal just a few weeks back. Season 2 of The Wall, did well with viewers and The Wall will be coming back in 2018 / 2019 with 20 new episodes of the game show / reality series. 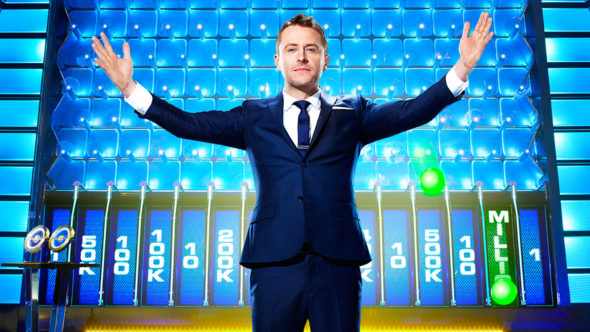 According to NBC, The Wall is executive produced by LeBron James, Maverick Carter, Andrew Glassman and Chris Hardwick.  The series is a game show in which teams of 2 compete for what the show calls a life changing amount of cash.   Those teams can be made up of various existing relationships which include family, friends, neighbors and co-workers.

The Wall actually offers up one of the largest cash prizes in the game show sphere. Each episode of the show offers up questions that contestants need to answer.  Correct answers will may turn into massive cash prizes as it gives the contestants a shot at taking on The Wall, which is a giant wall with balls thrown down.

A correct answer gives contestants the green ball may potentially land on cash values that gets added to the contestant’s bank. The game is not all positive money values, the wrong answer which results in a red ball, actually deducts money from that bank.

Paul Telegdy, who is the president of NBC’s reality arm stated the following…“Not only is ‘The Wall’ intense, heartwarming and funny, but if the ball drops into a high-dollar slot, an entire family’s fortune can be completely changed for the better.”

He went on to add… “Huge congratulations to Universal Television Alternative Studio, Glassman Media and SpringHill Entertainment for producing a series that is not only compelling television but has the potential to be life-changing for our contestants.”

Casting for the show is pretty much ongoing and those wishing to tryout for The Wall are able to submit video auditions online via the NBC casting page that has been set up for the show.  Those interested can check it out here.