Get on a dating show.

Do you live in the Los Angeles area but are not originally from Los Angeles? Casting directors for a show are specifically looking for single men in L.A. that are specifically from ALABAMA, MISSOURI, or NEW YORK, originally.  The documentary project is looking for men who are very opinionated and are proud of their homes.  This is for a major network documentary show.

NOW CASTING – Single men who live in LA but are from ALABAMA, MISSOURI, or NEW YORK!

We are filming a new presentation for a dating series on a major cable network and need opinionated people from these states to participate in a focus group.
You’ll be speaking about the culture and singles scene in your home state – all with honest pride! This is an on-camera role.
Only one day of filming (Feb. 5th or 6th) in LA and most likely will just be needed for a few hours. You will need to go through Covid testing protocols.
There is compensation and this is non-union.
APPLY HERE: https://datemystatepresentation.castingcrane.com 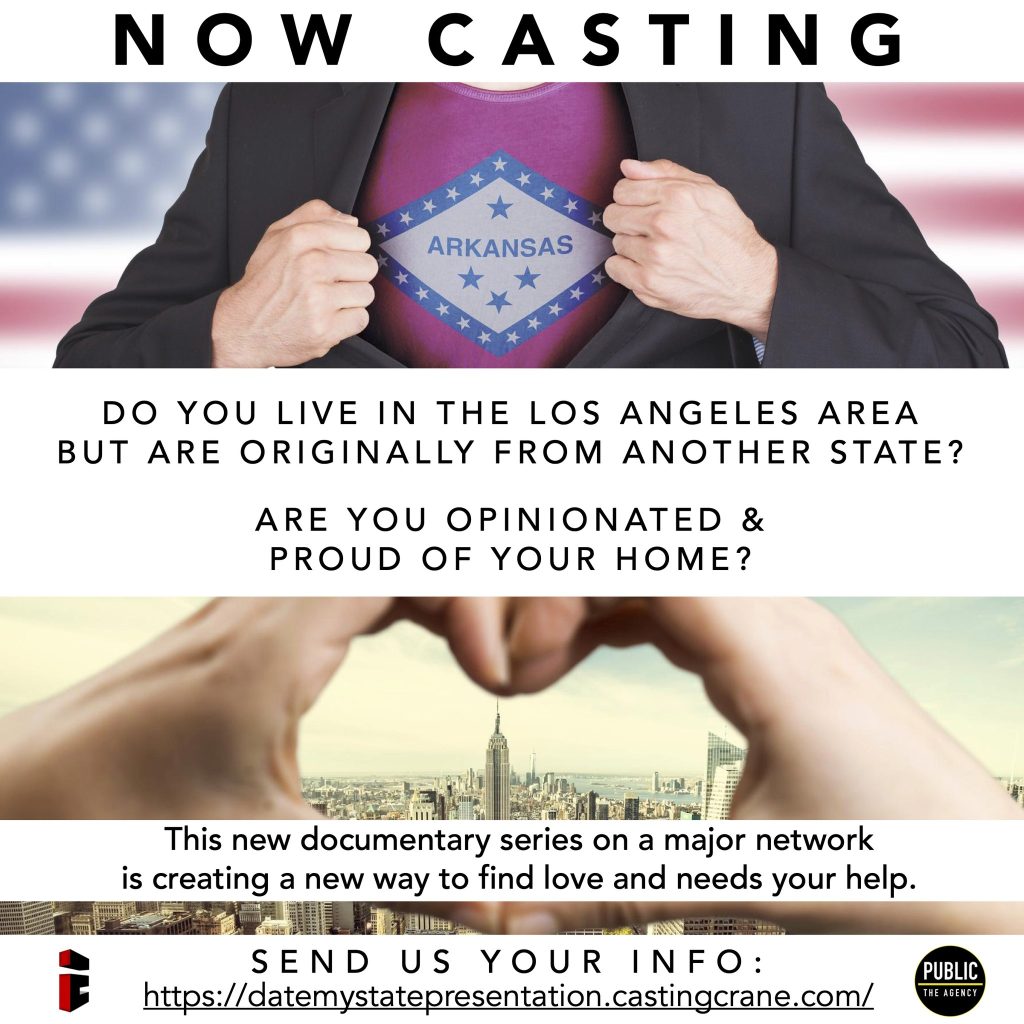