If you live in the Louisville area, here is a chance to land a small role in a feature film that is filming in the state of Kentucky.  The casting notice is for background actors in the area and the roles, while non-speaking, are paid.  The film is looking for all types and the age range for the casting notice is 18 to 80…so, basically anyone who is an adult.  No experience is necessary.

“Silver Star,” is actually described as female centric and supposedly has some strong female characters. The movie is also described as being set in today’s America and is a bit of a “road movie.”

Synopsis: Fresh out of jail, Billie comes from an African American military family. When she discovers that her estranged parents are about to be evicted, she decides to stop at nothing to help them. As her attempt at a bank robbery goes wrong, she takes a young pregnant girl hostage. Together they run away embarking on a twisted journey, clashing and struggling for common ground whilst hoping for a brighter future.

LOCATION; Louisville, KY and London, KY
RATE; $187/8 for Union $84/6 for Nonunion ($14 Per Hour)
Mandatory Zone A Vaccination Set as Per Producers.

Fill out this form to be Considered!
https://forms.gle/Qttkz1w9QtPtARfH9
Roles; All Types. 18 to 80! 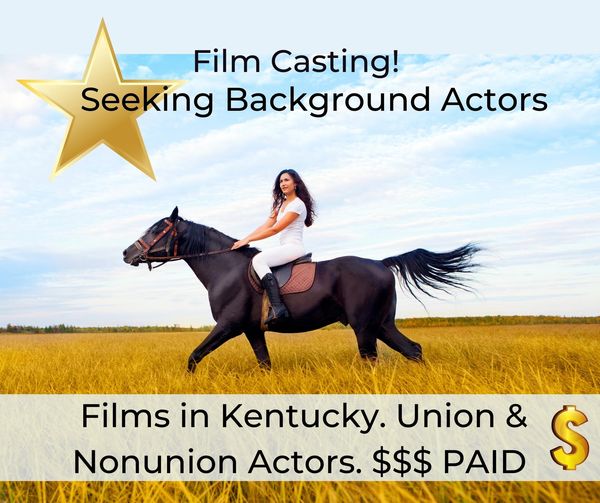