Hello all! My name is Othan Gaitor. I’m the writer/director of my new upcoming short film entitled Horse. Working as a nurse for the last four years, I’ve had the opportunity to work at a plethora of places. One being a Methadone clinic in Clayton NC. There, I met some of the most colorful people you could think of; and heard some tales, that would make even the most hardened individuals cry.

With the permission of some of these people, I decided to write a short film based on some of these stories. Horse revolves around three young creative souls, working at a start up magazine owned by a man named Virgil in Raleigh NC. They want to show the world, what they can do through their writing and photography. But like any creative goal, its not happening as fast as they want. So they drown their sorrows in alcohol, drugs and partying. This story is about how addiction can take over your life, destroy all relationships, and completely destroy your life.

I’m currently running a Indiegogo campaign to raise the funds for this film, but I’m posting today, hoping some aspiring actors would take a chance and act in my film. This will be a paying gig. I have locations, a first draft of the script, and some people already dedicated to my film. If your interested, send me a headshot and who’d you like to audition for.. I hope to hear from anybody that wants to act. This is a amazing story. Trust me..
Othan Gaitor 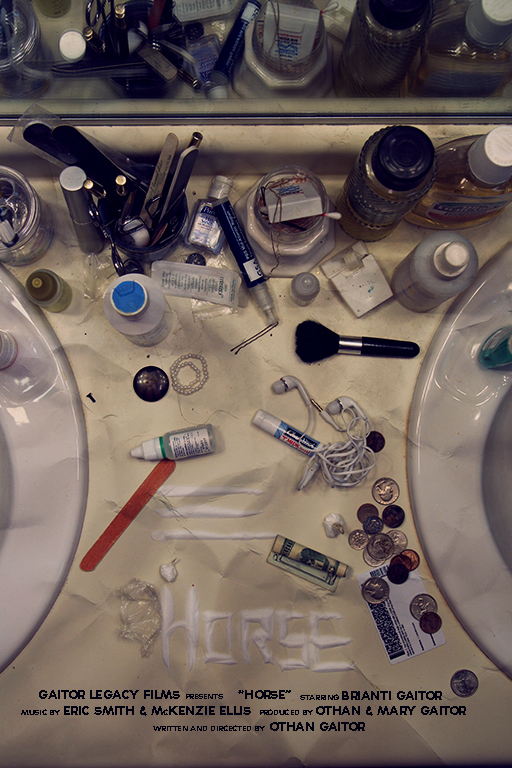 Available Roles:
Horace, Horse (early 20’s) Hipster type. Very stoned faced. He loves everything there is about writing, but can’t seem to catch a break. So he indulges in drugs to keep the depression of not being heard at bay.

Ham (early 20’s) Also a hipster. He’s Horse’s best friend and roommate. He’s a photographer by trade. Its seems his only reason for waking up is to do drugs. He’s slowly slipping into a major drug addiction.

Candy (early 20’s) Bright and sunny. Recently graduated from photography school. She comes to intern at her uncle Virgil’s magazine. She wants to be a wildlife photographer. She immediately takes interest in Horse.

Virgil (50’s) Overweight, stressed and tired. He had aspirations of being a writer also, but his dream hasn’t quite panned out. He’s taking one more crack at the big times with his IndyMagizine. He taken out loans, borrowed and maxed out his credit cards to get this magazine off the ground. He sees potential in Horse, so he hopes he’s the one to discover him.

I also need extras. That will also be a paying gig.