Students from UNC School of the Arts and SCAD will be holing casting sessions for the upcoming 1950s period piece short film, REBEL BOY. The story follows a group of teenagers who take an act of revenge too far forcing the youngest member of the gang to decide between following in his delinquent brother’s footsteps or leaving the gang for good.

BOBBY DAYTON, 16, Smart but Naïve. Having spent his life in his brother’s shadow, Bobby is filled with confusion. He wants to live up the gang’s reputation, but feels a need to treat others with kindness.

ROY DAYTON, 18, An angry middle class boy whose parents don’t have time for him. He behaves how he thinks a man should behave in order to cover up his sensitive nature. He drives people away in order to test how much they care about him, but desperately needs people to validate him.

DOLORES SMITH, 16, A hardened girl who supports her family as a cigarette girl in the local night club. She has garnered a reputation as a tramp and panics whenever anyone gets too close to her.

MRS. BURNS, Late-40’s, Cruel and immature. She feels life has cheated her and takes this out on the students who come into her office. She struggles between teaching lessons and behaving cruelly.

MR. OAKS, Early-50’s, An anxious Principal who frets over his students liking him. He reaches out to the kids but finds it hard to relate to them. 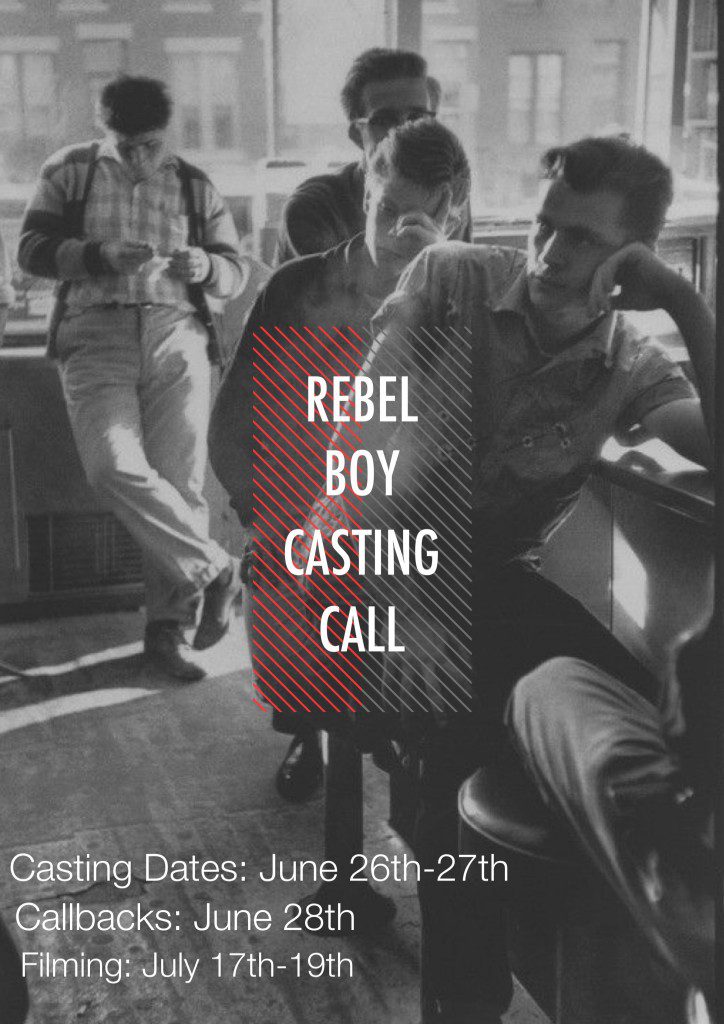 If interested, please email Rebelboyfilm@gmail.com with a headshot and resume. Put “(Name) Audition” in the subject line and a time will be appointed to you. If you have a preferred time, please specify in the email. This is a Non-Union film that will offer meals, credit and copies of the film as payment

This casting notice was posted by: Rebel Boy