There is a casting search on to find a child to play Georgia in Kevin Costner’s new movie “Horizon.”  This is for a principal role in the movie.

Georgie is described as an 11 year old Scottish boy who travels to the Southwest with his father and his father’s friend who he calls Uncle Charles.  The movie is looking for an 11 year old boy who speaks English with an Irish accent, naturally, and the young actor must live in the United States.

The movie “Horizon” will be filming in the United States this summer and is currently scheduled to film in between mid August and mid September as well as in 2023 between the months of April and October.

Those interested can see the below casting notice for the details on how to submit your kid for the role.  Please only submit if your child completely fits the description and has an authentic Irish accent.

Produced by Costner’s Territory Pictures outfit, “Horizon” will span 15 years in the settlement of America’s Western frontier, and focus on both the settlers as well as the Indigenous groups that first occupied the land. “It’s a really beautiful story; it’s a hard story,” Costner told Variety. 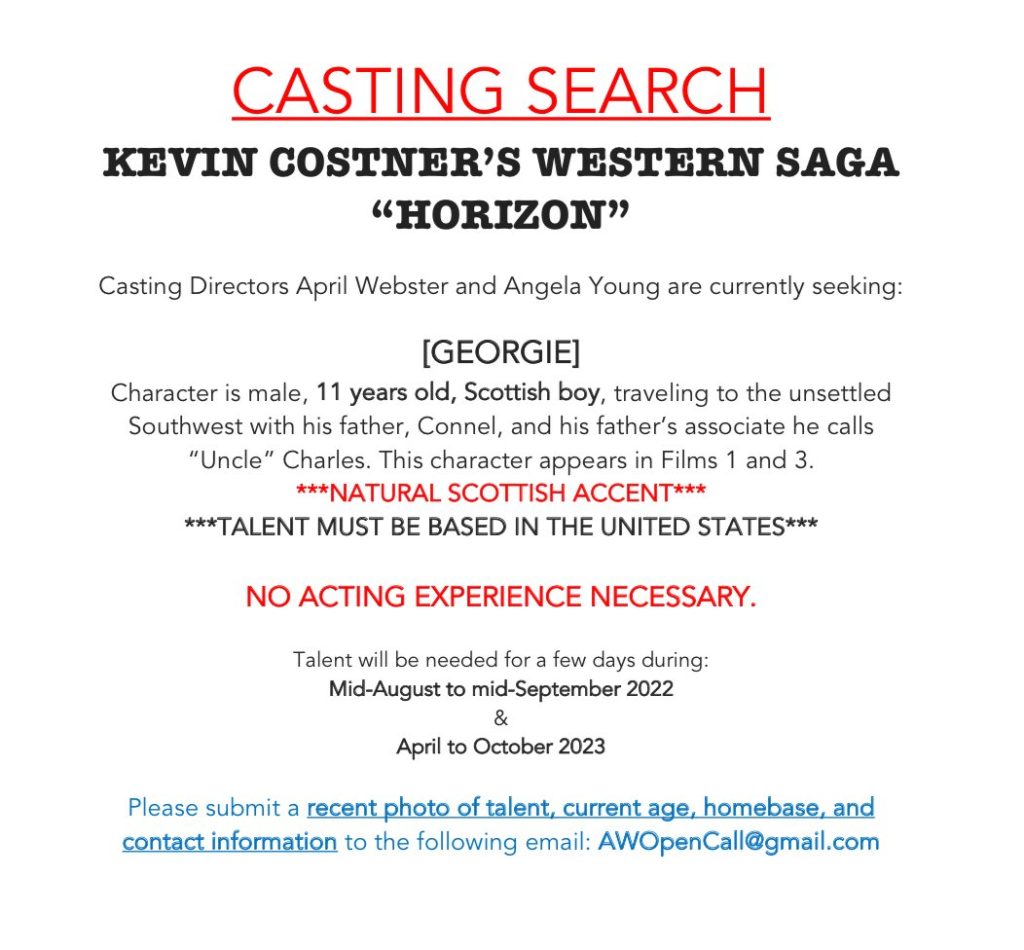