Open Auditions have just been announced!

The Disney Talent Search for 2013 is on

The open casting call location and date have just been announced!

The Disney Channel just announced it will be holding an open casting call for new talent in San Antonio Texas. There are 2 initial audition dates, July 27th 2013 and July 28th 2013. 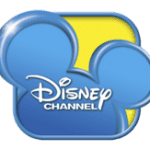 The Disney Channel and Disney XD casting directors are looking for talented kids who can act, sing, dance or do all three that would like to be considered for future Disney Channel series, movies and productions.

Please be aware that the tryouts will be very crowded so you will probably want to arrive closer the the 9AM time rather than the 1PM time to make sure that you will be seen. All talent and their families are advised to park at the public parking that is next to the Mariot because parking at the Marriot will not be available.

Disney Channel has stated that

No one who is under the age of 18 will be allowed to audition alone. All minors will need to be accompanied by their parent or legal guardian and there is never a fee to attend a Disney open casting call. Admission is FREE.

Those in attendance will need to register when they arrive and then wait for their audition slot. The kids will most likely be given a short monologue to read and the entire audition should only tale 1 to 2 minutes. The talent who get selected by casting directors will later be contacted directly by the casting directors.

If you are planning on coming from out of town, please make sure to reserve your rooms early since these events have been known to get many out of town visitors and rooms at the hotel will fill up quickly.

The Disney Channel and Disney XD have done these talent searches yearly for many years now. It gives kids who do not live in Los Angeles a chance to tryout for the network and each year the channel picks another city to go to. Last year the event was held in Kansas City and this year it returns to Texas where by the way, is also where Selena Gomez was discovered.

You do not need to have an agent to attend. Both kids with and without representation are welcome.

These talent searches have been a way for Disney talent scouts to see kids that do not live in L.A. Years ago, Selena Gomez was discovered in this manner.