A short 10-15 minute student film. The plot of the film is, At the border of a nation, a guard patrolling finds an escapee from the other side, eventually having to make a choice between his duty and his own desires.

The Runner
Any Gender, Age From: 21 To 40 Years
A border guard who supervises deals with the enemy nation they were once part of.

The Father
Males, Age From: 21 To 40 Years
An escapee from the enemy nation trying to find a better life for his family, but more importantly himself.

The Head
Males, Age From: 25 To 40 Years
A ruthless enemy border guard who wants the Father back.

The Struggler
Any Gender, Age From: 20 To 50 Years
An attempted escapee from the Runner’s side.

The Mother
Females, Age From: 21 To 40 Years
The Father’s wife, trying to secure a future for her child. 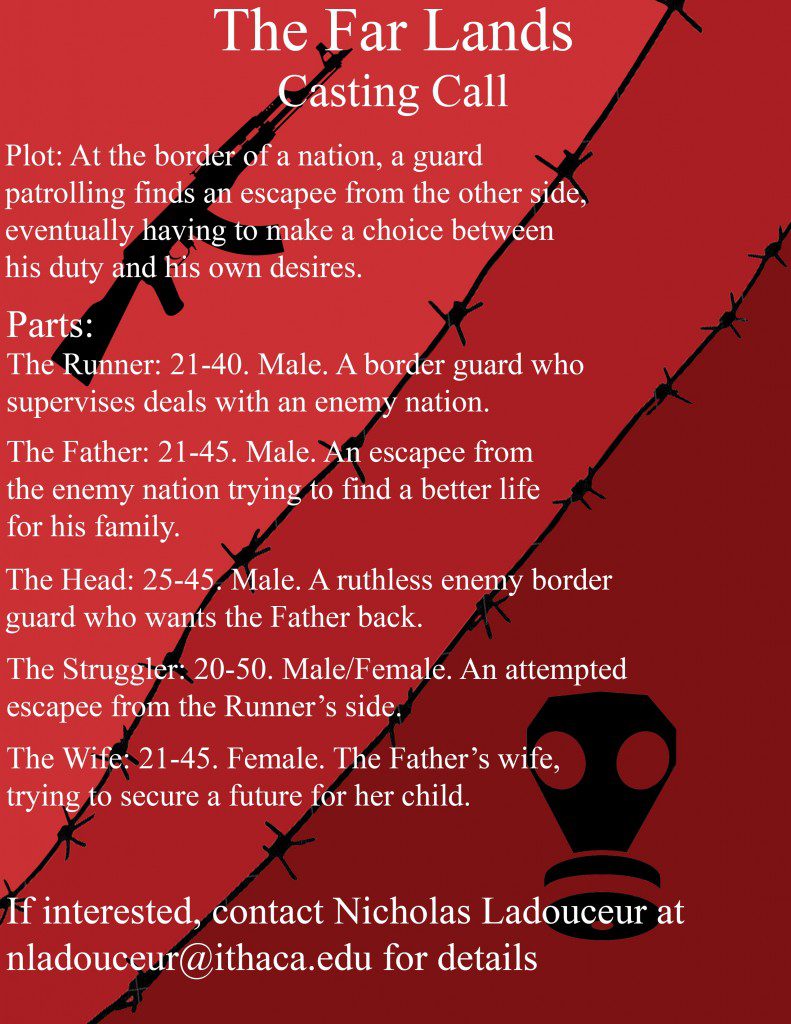 City or Location of call: Ithaca, New York
Please submit to: nladouceur@ithaca.edu by 2016-09-30

This casting notice was posted by: Nicholas Ladouceur