Evening Star Productions is casting for an upcoming production of Clybourne Park, scheduled to be performed in Uptown Charlotte in Late May.

They are seeking the following roles for the production:

RUSS/DAN: (Male, Caucasian-American 35-50 years of age) In Act I, he is the husband to Bev. A father deep in mourning, struggling with the loss of his Son. He is suffocating in their current house and wanting badly to get out and escape. His house quickly becomes the eye of the storm as Linder desperately tries to convince
him not to sell, which would in turn block the Younger’s from moving into their
brand new house.

In Act II, he is a contractor, hired to do renovations on the house. He eventually
finds an important jewel that brings the play full circle.

BEV/KATHY: (Female, Caucasian-American, 30-40 years of age) In Act I, she is a Housewife to a husband deep in mourning, and wife to a Son who we later learn commits suicide. She is trying desperately to be the strength of the family, and keep it
together when her Husband cannot. She is a kind, generous, and fair person. Warmth and likability a must.

In Act II, she is a Real-Estate Agent/Lawyer who is trying to act in the best interest of her clients, who have purchased the
Clybourne Park Residence and are planning to make major changes that would affect the neighborhood. We come to find out that she is the Daughter of Karl Linder. She is fiery, direct to the point, and at times slightly dim-witted.

FRANCINE/LENA: (Female, African-American, late 20’s) In Act I, she is the maid of Russ and Bev. She has been working with them for years and was there when they
experienced the loss of their son. She is trying her best in her final days of working with them to navigate through rocky waters due to their mourning
process.

In Act II, she is a homeowner on Clybourne Park, and as we later find out, has a major tie to The Youngers (from a Raisin in the Sun), she is there to make sure that the neighborhood is kept in tact and that her new neighbors plans of renovation do not affect it in an aesthetic or economic way for the worst. She is smart, fiery, headstrong, stubborn, and fearless.

JIM/TOM/KENNETH: (Male Caucasian-American, 30-35 years of Age): In Act I, Jim is the neighborhood Priest who comes to visit Bev and Russ before they leave the
neighborhood. He is there when chaos ensues in the house and tries his best to be a supportive friend by keeping the peace during this time.

In Act II, he plays the Homeowner’s Association’s legal representative, and
tries, unsuccessfully to broker an agreement between old neighbors, and the
new homeowners of the house. At the very end of the show, he plays the Son of Bev and Russ. A soldier who is struggling and trying very hard to exorcise his demons.

KARL/STEVE (Male Caucasian-American, Early to Mid-30’s) In Act I, he is a concerned
neighbor who has just come from visiting the Youngers, an African-American Family planning to move into an all-white neighborhood. We meet him as he visits the current homeowners in another attempt to block the sale from another angle. He is also married to Betsy.

In Act II, he is husband to Lindsey. He has just acquired The Younger’s house
and he and his wife have plans to renovate the now run-down house, but not without some opposition from The Homeowner’s Association. He is a lovable guy who means no harm but often finds his foot in his mouth. He spends most of the Act trying unsuccessfully to dig himself out of the hole that he has put himself into. He thinks that humor is his secret weapon, but maybe not so much.

BETSY/LINDSEY (Female Caucasian-American, Late 20’s, early 30’s) In Act I, she is Karl’s young wife. She is a sweet, good-natured woman who is with child and also happens to be deaf (perhaps a very big reason why she can put up with him.)
In Act II, she is the wife of Steve, and is also carrying his child. she and her husband are moving into the Younger’s old residence with plans of renovating. They are facing opposition from the current Homeowners Association as they plan to renovate the old space. She too is with child. She walks the line of constantly trying to apologize for her husband, and to stand up for the needs of
her family. 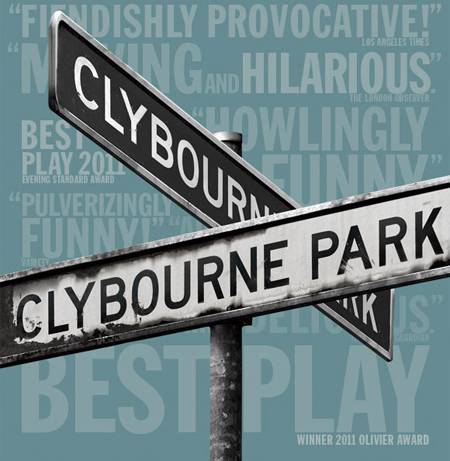 WHAT TO PREPARE: You do not need to bring anything. Sides will be prepared for you and supplied at the time of your audition.

City or Location of call: Charlotte
Please submit to: jobs@eveningstarpro.com by 2016-03-19

This casting notice was posted by: Evening Star Productions